The convoy was target­ed with explos­ives plante­d on a motorc­ycle in its path
By Our Correspondent
Published: July 8, 2018
Tweet Email 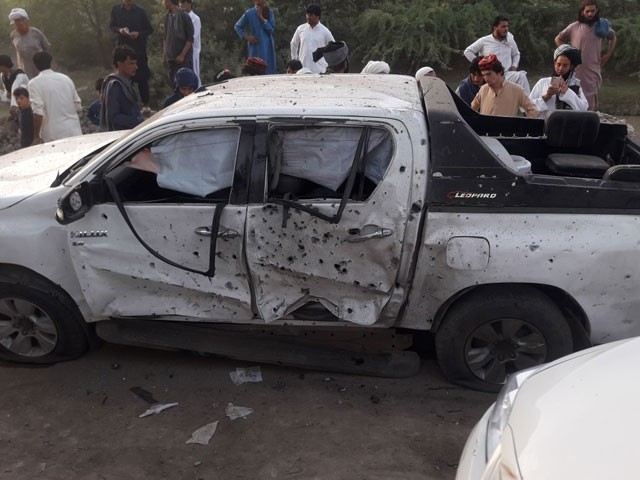 The convoy was targeted with explosives planted on a motorcycle in its path. PHOTO: EXPRESS

BANNU: An election candidate of Muttahida Majlis-e-Amal (MMA) was among seven people injured in a blast in Bannu on Saturday.

The convoy of Malik Sherein was attacked when it was passing through the Takhti Khel area in the PK-89 constituency as part of the party’s election campaign. 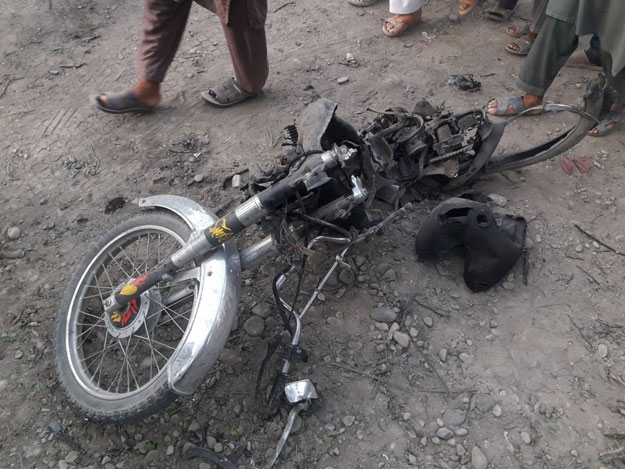 The vehicle of the party’s leader was badly damaged in the attack. The injured were shifted to district headquarters hospital. Initial reports revealed the explosives were planted on a motorcycle which exploded in the path of the convoy.