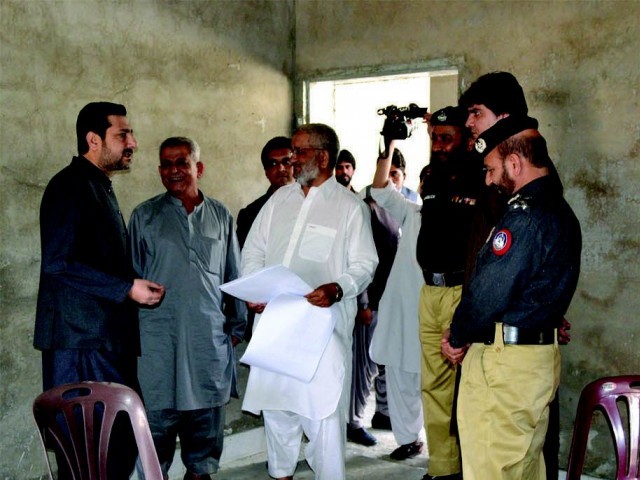 QUETTA: Caretaker Balochistan Chief Minister Alauddin Marri has ordered all deputy commissioners to take strict action against fake doctors and dealers of expired medicines, saying no one will be allowed to endanger the lives of the people.

He issued the directive while chairing a meeting of the interim cabinet in Quetta on Saturday.

Interim ministers Inayatullah Kasi, Faiz Kakar, Farzana Ali and other officials were present in the meeting.

The caretaker chief minister called the Quetta deputy commissioner and ordered him to launch a crackdown against fake doctors looting public money and playing with the lives of innocent patients.

“People involved in this heinous business, endangering public lives must be dealt with an iron hand because the provincial government will not allow anyone to run fake clinics and sell expired medicines,” said Marri.

On the beautification programme for Quetta, the interim CM said, “The previous governments did not pay much attention towards the problems of Quetta, but we want to beautify the city as much as we can.

“Cleanliness, traffic issues, restoring public parks, ending encroachment and many other existing issues of Quetta must be resolved as quickly as possible.”

He urged citizens to play their active role in restoring the beauty of Quetta and support the government voluntarily in doing so.

He said, “We want to provide a conducive and healthy environment to the people of Quetta, and the next government should follow our plans regarding the betterment of the provincial capital.”