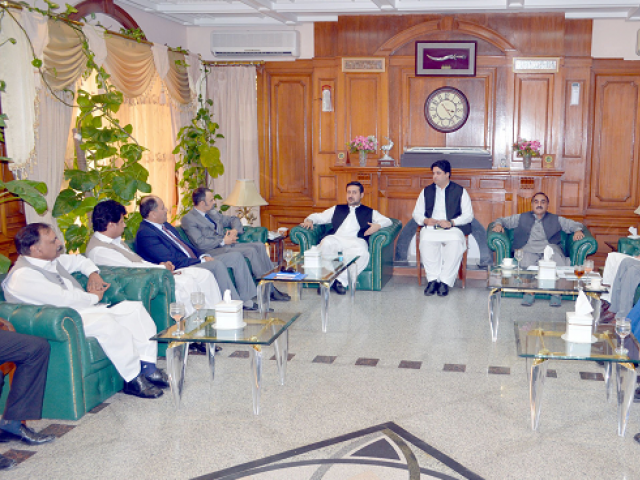 QUETTA: Caretaker Balochistan Chief Minister Alauddin Marri has urged the UNDP to help set up technical education centres in the province, saying the youth need expertise to avail the job opportunities arising from the China-Pakistan Economic Corridor (CPEC) projects.
“Though the multibillion dollar project has been promoting business, lack of technical education is depriving our youth of jobs in the CPEC project,” said the caretaker CM during a meeting with United Nations Development Programme (UNDP) Country Director Ignacio Artaza at the Chief Minister House on Thursday.

The caretaker CM apprised the UNDP country director about the need to revamp the education and health sectors of the province to put an end to the sense of deprivation among the people.
Marri said, “The Balochistan government has been utilising all available resources to revamp the plight of health and education sectors, while efforts against corruption are under way to put all government departments on the right path.”
Marri stressed upon international assistance and support to build more dams and technical education centres, and increase tourism to provide the essential boost to the provincial economy.

Artaza gave a detailed briefing to the interim chief minister regarding UNDP’s assistance in development projects in Pakistan, especially Balochistan.
“Our organisation has been helping the Balochistan government build new small dams to store water, while in the educational field, the UNDP has provided furniture and other necessary equipment to government schools in Jaffarabad and Naseerabad,” said the UNDP country head, adding that the UN organisation had also helped local farmers in the agriculture field.

Lauding the efforts of the UNDP, Marri said, “The Balochistan government has been utilising all resources to develop infrastructure and revamp the appalling plight of health and education sectors.”
“From day one, we have been practicing good governance. We launched strict action against corruption in all government departments.”
Lauding the UNDP’s modern training to the election staff, Marri said, “Training will help the Balochistan government in holding free and fair elections.”