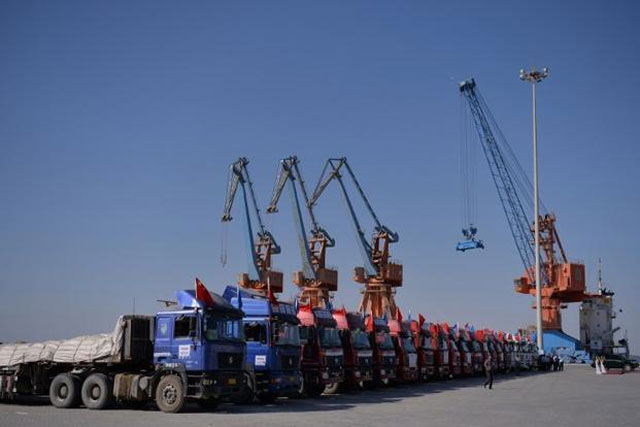 ISLAMABAD: The people of Pakistan have started to benefit from the completion of some of the China-Pakistan Economic Corridor (CPEC) projects, but “it is just the beginning of CPEC and a big change is taking place”, said a senior journalist Shaukat Paracha.

Paracha stated this during an interview with Xinhua during his recent visit to Port Qasim Coal-fired Power Plant, the first unit of which started to generate clean and cheap electricity for the energy-thirsty country last year, marking the second of the major energy projects under CPEC.

The 1,320 megawatts power plant in full operation could provide enough power to about four million local families a year.

A reporter from the Associated Press of Pakistan Ziaul Amin has reported on CPEC for a long time, but had never before visited Gwadar.

After the recent Gwadar visit organised by the Chinese Embassy in Pakistan and the country’s Ministry of Planning and Development, Amin said that local people were very happy over the hospital and training centre established under CPEC.

“CPEC is expected to provide 800,000 jobs to Pakistani people in the next few years, which will be a great contribution to relieve Pakistan’s high unemployment rate,” said Amin.

According to the China Overseas Ports Holding Co, the operator of Gwadar Port, some 30 companies in different businesses such as hotel, bank, logistics and fish processing had already joined the Gwadar free zone with expectations of generating $790.5 million annually after full operation.

In January, Prime Minister Shahid Khaqan Abbasi inaugurated the first phase of Gwadar Port’s Free Zone, expecting that the free zone would improve Pakistan’s trade with regional and global partners under CPEC to bring dividends of free trade to the economy and betterment in people’s lives.

Work under way for giving practical shape to SEZ

Pakistan Television anchor Yasir Rehman explained, “When infrastructure is developed, it brings stimulus to the economy, creates jobs and improves businesses by starting a constructive process.”

He said, “Uninterrupted power supply from CPEC energy projects will help industries increase production creating an ideal atmosphere for the economy. And with the functionalised Gwadar Port for its regular commercial cargo, CPEC will leave significant improvements for every common Pakistani.”

“I saw local girls studying in a school established with Chinese support in Gwadar, and if it had not been established, these girls would not have had any possibility to go to any other area for studies due to local taboos,” said Rehman, adding that education was the right prescription for eliminating poverty.

“Hospitals, schools and vocational training centres were a dream in once a small fishing town of Gwadar, but now the youngsters from Gwadar are being provided with the ideal facilities to study and have a chance to change their lives,” he added.

Paracha said, “A chance of development is coming to Pakistan, and we altogether, including political, military and intellectual leadership, should grab it. We should make collective efforts so that CPEC can become a collective benefit for the whole region.”