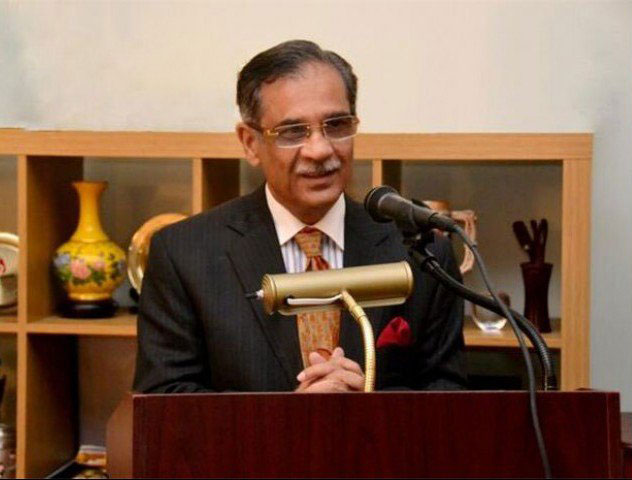 Citing the example of China for development, Chief Justice of Pakistan Justice Mian Saqib Nisar said on Tuesday that the country was able to do so after sacking hundreds of corrupt state ministers.

Someone texted me in the morning on how China had developed as a country; it progressed by sacking nearly 400 corrupt ministers and ensuring action against all those responsible, the top judge remarked.

While hearing the Bani Gala encroachment case, the top judge ordered that an approval from the federal Cabinet on regularisation of local population and relevant laws may be acquired within a fortnight.

Justice Nisar said that illegal construction must not take place, and ordered action against those responsible.

Last week, the top court clarified that it didn’t attribute the word faryadi (plaintiff) to the recent meeting with the premier, after the alleged remarks drew ire of some quarters.