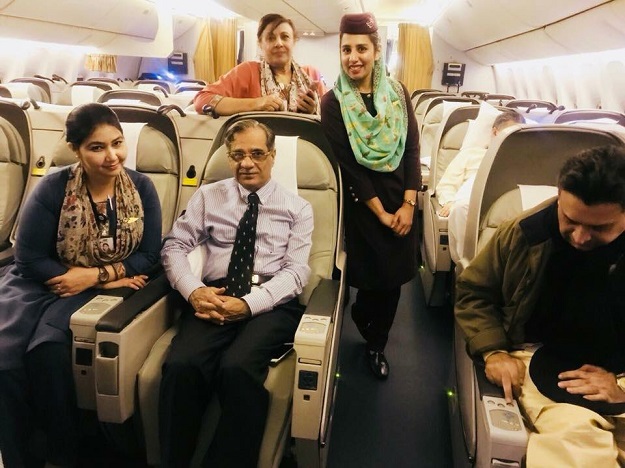 A three-judge bench headed by the CJP was hearing various cases including one during which Bukhari, a member of the Pakistan Tehreek-e-Insaf (PTI) and the party’s representative in the Panama papers case, referred to a recent photograph of the chief justice circulating on the social media and voiced his concern.

Responding to the advocate’s statement, Justice Nisar inquired in a joyful manner why Bukhari was ‘jealous’. “You are encroaching on our rights,” replied the lawyer.

Referring to the air hostesses as daughters, the chief justice remarked that “sometimes you cannot say no to daughters.”

The image in question was taken during a Karachi to Islamabad flight where Pakistan International Airline (PIA) air hostesses approached the CJP for a photo. Justice Nisar complied with the request. It has since gone viral on the social media.