Journalism academy to be named after Siddiq Baloch

Journalism academy to be named after Siddiq Baloch

QPC presid­ent says we had wished to pay him a tribut­e when he was alive
By Mohammad Zafar
Published: February 17, 2018
Tweet Email 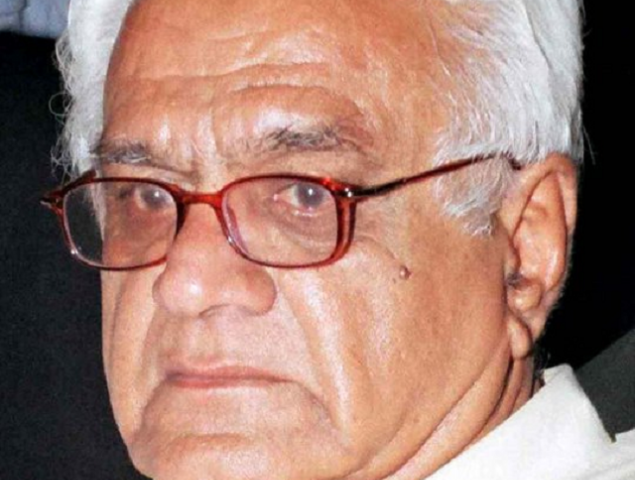 QUETTA: Intellectuals, journalists, director general Public Relations Balochistan, civil society members and people from various businesses have proposed establishment of a journalism academy in the name of senior journalist late Lala Siddiq Baloch in order to pay him a grand tribute for his untiring services in the field of journalism.

It came during a condolence reference held at Quetta Press Club on Friday.

They said, “His whole life he was never afraid of talking about the legitimate rights and discriminatory behaviour of the federation with Balochistan. He always highlighted the issues of Balochistan in national media.”

He was an academy within himself and always took a stand for journalists who faced threats while working in Balochistan, they added.
Addressing the occasion, Asif Baloch, son of Siddiq Baloch, said, “Despite being a great journalist, he was also a great father. My father always treated his students as he would his own children.”

QPC president said, “We wished to pay him a tribute for his services when he was alive, but unfortunately it could not happen; however, the under-construction academy at QPC will be inaugurated in the name of Siddiq Baloch.”
The attendees of the event were of the opinion that even though he is not present among us physically, but his ideas and vision are alive.

QPC executive members said, “The club will always remember him and his sacrifices for the people, especially the journalists.”

Death anniversary of Lala Siddiq Baloch and other senior journalists will be held every year, they added.
They prayed for the eternal peace of the departed soul.