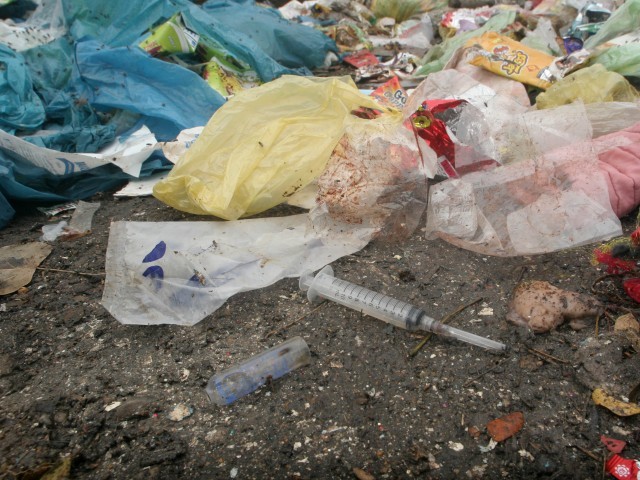 Medical waste disposal measures and ensuring clean water supply are two of the items the judicial commission has asked the hospitals to file a report on. PHOTO: EXPRESS

KARACHI: The judicial commission summoned on Saturday the heads of federal government-run hospitals along with reports on measures taken by them to provide clean drinking water at their health facilities and to ensure safe disposal of infectious medical and nuclear waste.

At the outset of the proceedings, Assistant Advocate-General Barrister Ghulam Mustafa Mahesar sought more time on behalf of the provincial advocate-general to argue on the point whether the commission had jurisdiction to issue contempt of court notices against the government officers for their failure to comply with orders passed by the Supreme Court. But, the petitioner, Shahab Usto, objected to the adjournment request. However, the commission adjourned hearing on this point till August 26.

The standing counsel, Asim Mansoor Iqbal, informed the commission that in compliance with its directives, he had issued notices to the directors of the Atomic Energy Medical Centre (AEMC), Jinnah Postgraduate Medical Centre (JPMC), KIRAN, NIMRA, NORIN, LINAR and civil surgeon of the Pakistan Secretariat, Karachi for a preliminary meeting before the commission’s proceedings to get knowhow of the steps taken by them to provide clean drinking water and manage disposal of medical, infectious and nuclear waste. But, they failed to attend, he added.

The commission issued notices to the directors of these hospitals to personally appear on August 26. They were also directed to bring the material showing the quality of water being provided to the people at the hospitals under their control and steps taken to manage infectious and nuclear waste.

Iqbal also filed a statement regarding Rangers patrolling to curb sand-lifting from the Malir River’s bed.=

Dr Saeed Qureshy, focal person to the chief secretary, said in compliance with the commission’s directives, a meeting was held last week to discuss implementation of the master plan to control the flow of effluent going directly into water bodies. He said some outlines had been agreed upon, but to finalise the steps to execute the master plan another meeting was scheduled next week.

He undertook to submit the complete scheme to execute the master plan with specific outlines.

Justice Kalhoro reminded the officer to take this as his last chance to submit the executing plan.

Representatives of the Sukkur and Hyderabad electric supply companies assured that all pending electricity connections to the new water and drainage schemes will be energised within the next 15 days, if a list of the same was provided to the departments concerned. The commission directed the representatives to energise all such connections to water and drainage schemes pending in their respective areas within 15 days and submit a compliance report.

The provincial public health engineering department’s secretary said that on the commission’s directives they had carried out some homework on functioning of rural water supply schemes and a preliminary plan had been prepared.

He said a meeting of stakeholders was held last week to execute the plan, but the final plan to rehabilitate all rural water supply schemes will be chalked out during another meeting next week. Thereafter, a progress report will be submitted to the commission with a specific outline for finalising the work, he assured.

The chairperson of the task force also undertook to extend his support and coordinate with the public health engineering secretary and other departments in this connection.

Dr Ghulam Murtaza, a member of the task force, filed a report on compliance of the commission’s directives to undertake a visit to the combined effluent treatment plant in Kotri to ascertain its functionality. According to him, as per analysis report of water samples collected from the plant on August 1, no significant improvement in quality of outlet effluent from the inlet was evident yet.

Citing the reason for such deplorable situation, he observed that it was because of ineffective biological activation process and improper dosing of chemicals. However, he asserted that biological activation process at the plant had been started for the last couple of days and it will take at least four to six weeks to produce the desired results.

The Karachi Water and Sewerage Board’s managing-director undertook that the plant would be made fully functional within four to six weeks, as the laboratory to check outlet effluent was being established and after that all the parameters will be maintained in accordance with the international standards.

He requested time to submit a report showing the full working of the plant. The Sindh Industrial Trading Estate will also file a report on the same day.