Matter likely to be taken up in the Sindh Assemb­ly today
By Our Correspondent
Published: July 3, 2017
Tweet Email 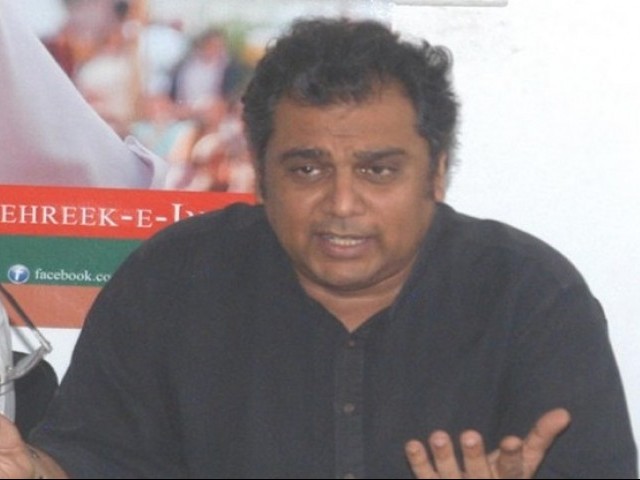 KARACHI: Pakistan Tehreek-e-Insaf (PTI) has vowed to move the court against the Pakistan Peoples Party-led Sindh government for repealing the National Accountability Ordinance (NAO), 1999 through a bill likely to be passed today (Monday) in the Sindh Assembly session.

The Sindh Cabinet, on Friday, had unanimously approved repealing the NAO to the extent of its applicability to the province and had decided to introduce a proposed amendment in the provincial assembly for approval.

The decision was made during a meeting held under the chairpersonship of Sindh Chief Minister Murad Ali Shah at CM House. Provincial ministers, Chief Secretary Rizwan Memon, advisers and special assistants to the chief minister and secretaries attended the meeting.

The PTI Sindh chapter leader, Ali Haider Zaidi, reacted to this decision on Sunday, stating that the PPP wanted to govern the province through its policy of transgressing the law and the Constitution.

He opined that without fulfilling the legal formalities, the provincial government’s move against the NAO reflected its treachery. He added that either the government should bring in an entirely new law or propose a reasonable amendment to the existing law.

“How come the Sindh government has found all of a sudden that the NAO did not [need to be] implemented in the provinces?” he questioned, casting doubts on the PPP’s intentions, accusing the party of repealing the ordinance for political gain.

On Friday, the Sindh Cabinet was informed that the NAO was enacted in pursuance of the proclamation of emergency of October 14, 1999 and Provisional Constitutional Order (PCO) of October, 1999 was also made applicable to the provinces and was subsequently included in schedule VI of the Constitution, along with Local Government Ordinance (LGO), 2001 and Police Order, 2002 in order to prevent the provinces from repealing or amending the laws.

The cabinet was told that the proclamation of emergency of October 14, 1999 and PCO were declared without lawful authority by parliament and schedule VI of the Constitution was omitted under the 18th Constitutional Amendment.

The meeting’s participants were informed that the federation legislated on three subjects – local government, police order and measures to combat corruption and offences with respect to provincial subjects – under an unlawful emergency and the provinces have already repealed or amended the LGO, 2001 and Police Order, 2002.

In light of the briefing given to the cabinet by Law Minister Ziaul Hassan Lanjar and Advocate-General Zamir Ghumro, it was unanimously decided to repeal the NAO and present the draft bill in the assembly.

The bill is likely to be presented in the assembly today as it has been mentioned in the session’s agenda. Besides moving the National Accountability Ordinance, 1999 Repeal Bill, 2017, two other bills, the Sindh New Captive Power Plants Subsidy Bill, 2017 and Sindh Companies Profits (Workers Participation) (Amendment) Bill, 2017 will  also be presented. The session will start at 3pm.

‘Who will hold corrupt persons accountable if NAB is eliminated?’