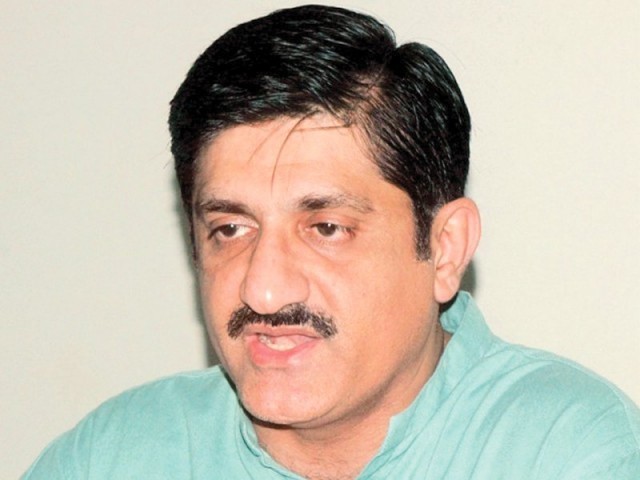 KARACHI: The Sindh Cabinet has unanimously approved repealing of the National Accountability Ordinance (NAO) 1999 to the extent of its applicability to the province of Sindh and decided to introduce the proposed amendment in the provincial assembly for approval.

The decision was taken during a meeting held under the chairmanship of Sindh Chief Minister Syed Murad Ali Shah at the CM House on Friday. Provincial ministers, chief secretary Rizwan Memon, advisers and special assistants to the chief minister and secretaries attended the meeting.

The cabinet was informed that the NAO, 1999 was enacted in pursuance of the proclamation of emergency of October 14, 1999 and Provisional Constitutional Order (PCO) of October 1999 was also made applicable to the provinces and was subsequently included in schedule VI of the Constitution along with Local Government Ordinance (LGO) 2001 and Police Order 2002 in order to prevent the provinces from repealing or amending the laws.

The cabinet was told that the proclamation of emergency of October 14, 1999 and PCO were declared without lawful authority by parliament and schedule VI of the Constitution was omitted under the 18th Constitutional Amendment.

The meeting was informed that the federation legislated on three subjects – local government; police order; and measures to combat corruption and offences with respect to provincial subjects – under an unlawful emergency and the provinces have already repealed or amended the LGO 2001 and the Police Order 2002.

In light of the briefing given to the cabinet by Law Minister Ziaul Hassan Lanjar and Advocate General Zamir Ghumro, it was unanimously decided to repeal the NAO 1999 and present the draft bill in the assembly.

The cabinet was told that there were a large number of sugar mills in the province, therefore no more no objection certificate or permission may be accorded to install another sugar mill in the province.

It was pointed out that due to installation of more sugar mills the cotton growers were continuously switching over to sugarcane crop.

Briefing the cabinet members on K-IV project, Local Government Minister Jam Khan Shoro said that it is a Rs24.7 billion project, including Rs15.2 billion Package A and Rs9.5 billion Package B. He added that Package A is for civil works – construction of canal, syphons and conduits – while Package B is for mechanical works such as procurement of machinery and filter plants etc.

Shoro told the cabinet that the work on Package A is being carried out by Frontier Works Organisation, while the agreement for Package B is yet to be signed. He added that cost of Package B escalated by Rs3.8 billion for which he needed the approval of the cabinet.

The chief minister said the cost escalation of the project of Package B is within 15 percent which is permissible as per Executive Committee of the National Economic Council rules. He added that he would talk to the federal government to share the financial burden.

The Sindh chief minister said that the Sindh Assembly’s resolution was about to provide tariff support to captive power plants in Sindh.

He said that new captive power plants had been lying idle due to Nepra’s decision to fix tariff for such plants which made them economically non-viable. He added that it is expedient to provide tariff differential support to owners of such captive power plants in order to incentivise them to operate their idle power plants to increase the available electrical energy in Sindh, alleviating the sufferings of the consumers in Sindh.

The cabinet approved the proposal and recommended to present the draft bill in the next session of the assembly.