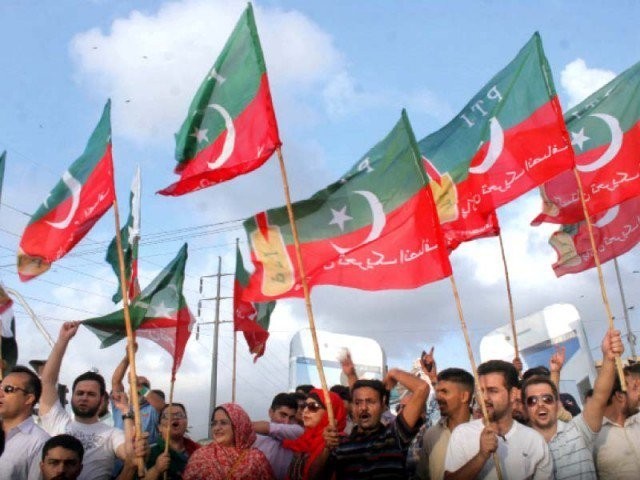 ISLAMABAD: The scrutiny of political parties’ accounts is a matter of public importance, Supreme Court (SC) observed on Wednesday.

“The accounts of political parties should be up to the mark,” remarked Justice Umar Ata Bandial, as the three-judge bench headed by Chief Justice of Pakistan (CJP) Mian Saqib Nisar resumed the hearing of a disqualification petition against Pakistan Tehreek-e-Insaf (PTI) Chairman Imran Khan.

A petition filed by Pakistan Muslim League-Nawaz (PML-N) leader Hanif Abbasi has requested the apex court to disqualify the PTI chief for providing the Election Commission of Pakistan (ECP) with false information regarding party funding. In order to protect the sovereignty and integrity of the motherland, the apex court observed that it cannot allow foreign funding for political parties.

Meanwhile, PTI counsel Anwar Mansoor Khan submitted that if the court allowed the top electoral body to determine the account details of one political party, the floodgates would open for more litigation. “The ECP had earlier accepted PTI’s statement regarding the sources of foreign funds. Now they can’t review the matter,” Khan said. “These are proceedings of a penal nature.”

Responding to the PTI counsel’s plea, the CJP remarked that there will be no discrimination against the party. “If the ECP is asked to examine PTI’s accounts, the same will apply to all [political] parties,” he said.

The development came only a day after Khan argued that the PML-N leader’s plea against foreign funding was not maintainable under Article 184(3) of the Constitution. He also submitted that the ECP had no authority to determine the party’s funding through certain sources from 2010 to 2013 as it was in the past and a closed matter, adding the matter related to foreign aid could be decided by the federal government. The counsel expressed his wiliness that the SC may form a commission to probe the alleged prohibited fund.