She has been honour­ed for taking care of deaf and mute Indian girl Geeta
By Web Desk
Published: November 23, 2015
Tweet Email 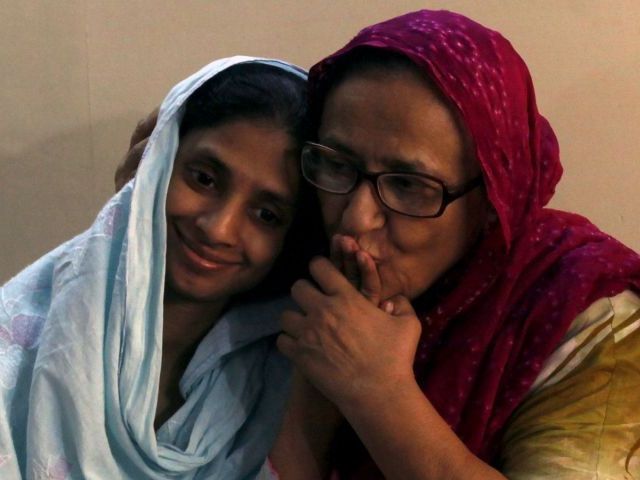 Bilquis Edhi, wife of renowned Abdul Sattar Edhi of the Edhi Foundation, and a humanitarian in her own right, was awarded on Sunday the Mother Teresa Memorial International Award 2015 in India for social justice.

The Harmony Foundation Board unanimously decided to honour Bilquis Bano for taking care of the deaf and mute Indian girl Geeta who had been stranded in Pakistan for a decade. Geeta has now been repatriated to her home country where she hopes to be reunited with her family.

“Geeta is 22 years old now. She was an 11-year-old child when she was brought to me… Geeta did not speak or listen to anything, but she only responded to temple bells, and that is when I came to know that she could be from India,” Bilquis Edhi said, while speaking to Asian Age.

Commenting on the political tension between the two rival countries, she said, “There are a few politicians and a few anti-social elements in India and Pakistan who are not allowing both the countries to come together.”

“I was asked by our late PM Benazir Bhutto, to join politics and do the noble cause of bringing people together, but politics is evil and I told her that in Pakistan if one needs to do noble work politics is not the correct path. Achche kaam karne waalo ko Pakistan mein saza-e-maut milti hai [Those who do good in Pakistan are given the death penalty],” she added.

Geeta’s DNA does not match ‘family’s’ in India

The Edhi foundation looked after Geeta for over a decade and till her recent return to India. “It is indeed remarkable to note Bano’s emphatic gesture of considering her religious beliefs and cultural sentiments through the years, despite Geeta’s disadvantaged situation to demand the same,” Mathai explained.

This article originally appeared on The Asian Age