Geeta’s DNA does not match ‘family's’ in India

Geeta’s DNA does not match ‘family's’ in India

Indian offici­als say Geeta has been lodged at a shelte­r home where she will remain until her family is traced­
By Web Desk
Published: November 22, 2015
Tweet Email 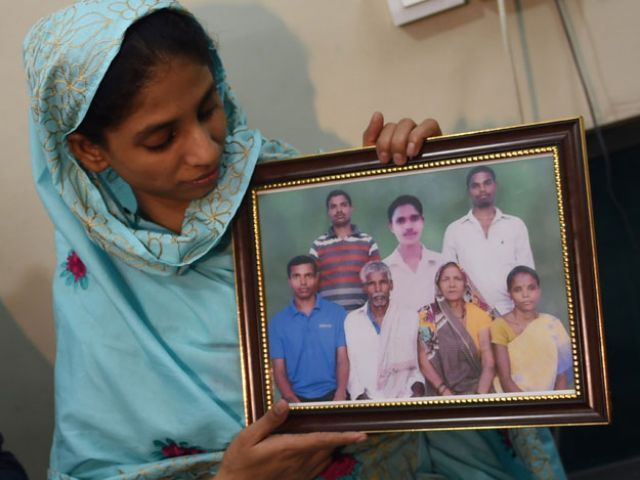 Geeta holds a photograph, possibly of her family, at the Edhi Foundation in Karachi PHOTO: AFP

In a sad turn of events, the DNA of the deaf and mute Indian girl stranded in Pakistan for a decade before returning to her birthplace last month, does not match the family who claimed to be hers.

“Geeta’s DNA samples do not match that of the Mahato family,” India’s foreign ministry confirmed to BBC Hindi.

Geeta had identified the Mohato family as hers after viewing photos of them in Pakistan. However, on arriving in New Delhi, she conveyed she had been mistaken. Apart from the Mahato family from the eastern state of Bihar, at least two other families have also claimed her as their own.

“Geeta has been lodged at a shelter home where she will remain until her family is traced,” Indian officials said.

On her arrival in India, Indian Foreign Minister Sushma Swaraj had thanked the Edhi family for sheltering her all these years. “Whether or not her parents are found, Geeta is our daughter. I thank Pakistan from the core of my heart for looking after her for so long.”

Further, Indian authorities had said that if her DNA did not match that of the family, Geeta would be placed in a “suitable institution”.

The young woman was 11 or 12 when police found her, alone and disorientated with no identity papers, on a train that had crossed the border from India into the eastern city of Lahore.

She was believed to have strayed into Pakistani territory by mistake, but could not remember or explain exactly where she was from.

Pakistani police handed her over to the Edhi Foundation, the largest charity in the country, and she lived in one of their shelters in Karachi. Even the name “Geeta” was given to her by Edhi staff.

Her plight emerged following a Bollywood film Bajrangi Bhaijaan, which told the story of a Pakistani girl who cannot speak and is trapped in India.