Firing and shelli­ng betwee­n troops has occurr­ed on an almost daily basis for the past week along the border­
By AFP
Published: August 16, 2015
Tweet Email 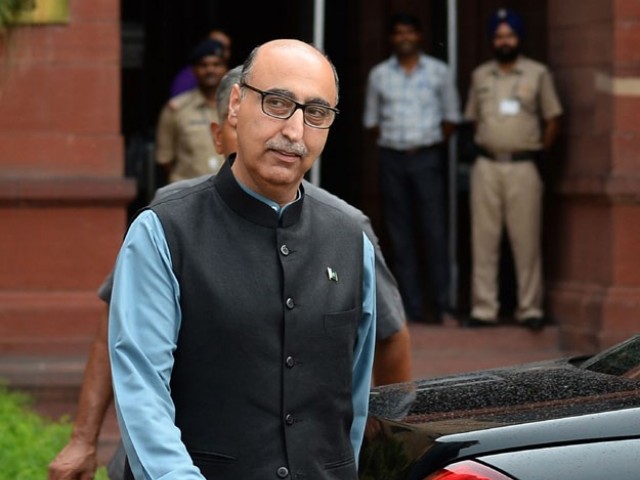 NEW DELHI: India summoned Pakistan’s envoy in New Delhi on Sunday to protest against the weekend killing of ‘at least half a dozen civilians’ in border firings, hiking tensions ahead of talks between the nuclear-armed rivals.

Six civilians died on the weekend in troubled Indian Kashmir after firing and shelling by Pakistani troops from across the border, according to Indian police.

Another two civilians were killed in shelling by Indian soldiers into the Pakistani side of the disputed Himalayan region, according to a Pakistani official on Saturday.

“We are concerned about the ceasefire violations in the months of July and August,” Pakistan High Commissioner Abdul Basit told reporters outside the foreign ministry office in Delhi where he had been hauled in.

“There have been close to 70 ceasefire violations from this side of the LoC (Line of Control) and working boundary,” he said.

India and Pakistan often accuse each other of violating a 2003 ceasefire agreement along their de facto border known as the Line of Control that divides Kashmir.

Firing and shelling between troops has occurred on an almost daily basis for the past week along the border, after an uptick in such incidents in recent months.

Top security officials of the two countries are scheduled to meet in the Indian capital from August 23 in what Pakistan last week  described as “ice breaking” talks.

After months of stalemate and recriminations, India Prime Minister Narendra Modi and his Pakistani counterpart Nawaz Sharif spoke for nearly an hour while visiting Russia in July.

Read: Sartaj Aziz to visit India for talks on August 23

Kashmir has been divided between the two countries since the end of British rule but is claimed in full by both. The neigbours have fought two wars over control of the Muslim-majority territory.

Three civilians, including a woman, had died overnight on Saturday in hospitals from injuries sustained in firing, said Danesh Rana, inspector-general of police for the region.

Three others were killed late Saturday when a mortar bomb fired from the Pakistani side hit their car in the Balakote area of the sector, Indian officials have said.