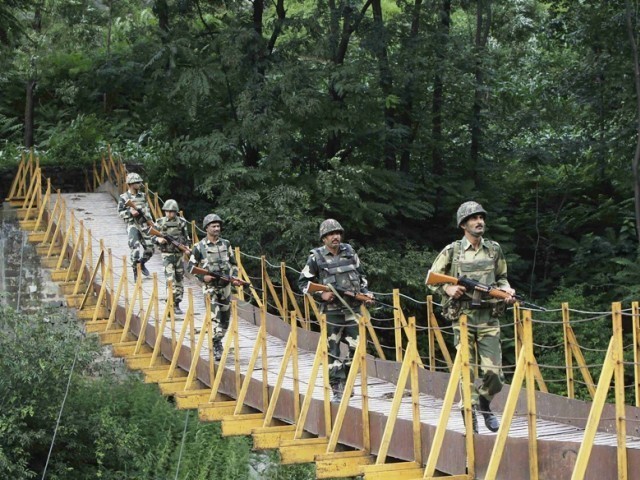 The incident took place on Friday in Nezapir sector, located in Forward Kahuta district on the Line of Control. PHOTO: REUTERS

MUZAFFARABAD: A civilian woman was killed in cross-border shelling by the Indian army in Kashmir, in violation of ceasefire agreement, officials said.

Three other civilians — the woman’s husband and daughter, and a third female relative — were wounded in the shelling, local officials said.

The incident took place on Friday in Nezapir sector, located in Forward Kahuta district on the Line of Control (LoC).

“Indian army shelling has continued since morning. One woman was killed when a shell hit her house,” Sardar Tahir Mehmood, deputy commissioner in the district in Kashmir, told AFP.

Mehmood said the husband and daughter of the woman, named as 41-year-old Muneera Begum, were wounded along with a female relative in the shelling.

Asad Naqvi, a police official in the area, confirmed the incident and casualties.

Tension between India and Pakistan are high along the LoC, the de facto border which splits the disputed Himalayan region of Kashmir between the nuclear-armed neighbours.

Aziz said the visit would not be herald a “breakthrough” in the issues straining tensions between the rivals, but said it would at least break the ice on some of them, adding: “let’s hope it will lead to further, more comprehensive dialogue on the other issues between the two countries”.