China is likely to fund 85 per cent of the $2 billio­n requir­ed to build a liquid natura­l gas termin­al at Gwadar­
By Web Desk
Published: July 17, 2015
Tweet Email 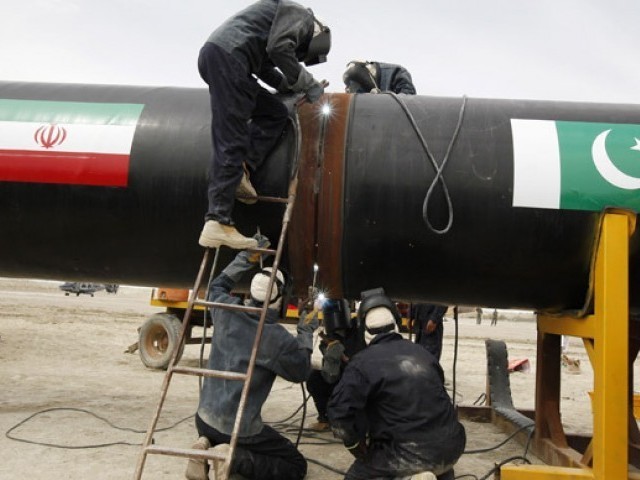 With Iran’s nuclear deal finally secured, Pakistan is hoping to be one of its first benefactors by using the China-funded LNG pipeline to complete the much delayed IP gas pipeline project.

According to the minister for petroleum and natural resources, Shahid Khaqan Abbasi, the solution to Pakistan’s energy woes lies in importing more natural gas to adequately meet its energy needs.

“Gas is 50 per cent of Pakistan’s total energy needs today,” he said.

However, Pakistan may not be able to complete the IP gas pipeline project without financial assistance from China as the expected cost to complete it is a hefty amount of $2 billion.

China is likely to fund 85 per cent of the $2 billion required to build a liquid natural gas terminal at Gwadar and to install a 700 kilometre-long pipeline to other areas.

The LNG project is expected to start in October this year and will take 30 months to build. “The same pipeline will turn into the Iran-Pakistan gas pipeline when the time comes,” said the petroleum minister.

“So as soon as we see that the sanctions are lifted or being lifted, there is only [an] 80 kilometre stretch of pipeline that we have to build.  And that can be built in about six months,” Abbasi explained.

Gwadar is at the heart of China, Pakistan Economic Corridor (CPEC) which will connect the port city to western China’s autonomous Xinjiang region with a network of highways, railways and pipelines.

The $46 billion CPEC will connect China to the sea which would drastically reduce shipping times and costs from its mainland to the Middle East and Europe.

Government officials believe that trade with Iran will significantly improve after the sanctions are lifted, with crude oil, petrol and diesel being some of the hot commodities.

Further, the Iranian oil that was previously being smuggled into the country will now be formally brought to the market, they said.

The Iran-Pakistan gas pipeline had long been stalled owing to the imposition of international economic sanctions on Iran in response to its nuclear development programme.

Pakistan’s energy crisis has worsened in the past years, calling for drastic measures to improve the crippling energy sector so it can boost the country’s frail economy.

Unannounced power outages are common not only in rural but urban areas as well and the recent heatwave, that hit the country’s southern parts, made matters worse.