Homemade liquor, often using poisonous industrial methanol, is popular among the poor in India because it is cheap 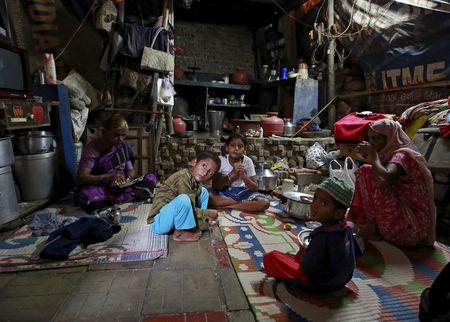 Family members of Mehboob Sheikh, 45, who died after consuming bootleg liquor, sit inside their house at a slum in Mumbai, India, June 20, 2015. PHOTO: REUTERS
MUMBAI:

Toxic homemade liquor has killed at least 94 slum dwellers in India's financial capital Mumbai, with more than 45 in hospital, police said on Sunday, in the latest disaster involving moonshine.

Police have arrested five people in connection with the deaths in a western neighborhood of the city, on the west coast of India, which started on Wednesday.


"More than 150 have consumed this alcohol. The death toll may rise," said Dhananjay Kulkarni, Mumbai's deputy police commissioner, adding that eight police officials had been suspended for suspected negligence.


Homemade liquor, often using poisonous industrial methanol, is popular among the poor in India because it is cheap. More than 140 people were killed in West Bengal state, in eastern India, in 2011 from drinking homemade liquor.