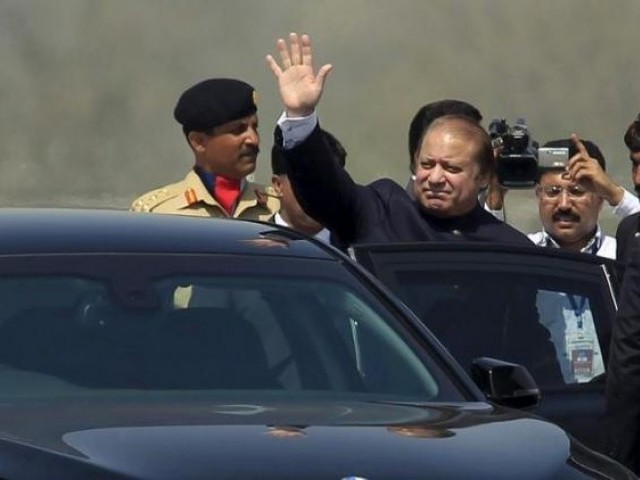 ISLAMABAD: The country will target growth next year of 5.5 percent when it unveils its 2015-16 budget today (Friday), with historically low interest rates and infrastructure spending expected to fuel the fastest expansion since the global financial crisis.

Finance Minister Ishaq Dar will present his blueprint for the next fiscal year (July-June) to parliament, and will also confirm that GDP growth in 2014-15 was 4.2 percent, short of the 5.1 percent target.

Even if Pakistan does hit its target, it is short of what the country of more than 180 million people needs, economists said.

“Considering our population, to generate enough employment for a growing workforce our GDP (growth) should be around 7 percent plus,” said Muzzammil Aslam of the think-tank Emerging Economics Research.

The government has not given official forecasts of spending and revenues next year, but economists said expenditure was likely to top 4 trillion rupees.

Dar said recently that Pakistan’s fiscal deficit would fall to 4.3 percent of GDP in the next financial year compared with an original target of 4.9 percent in 2014/15.

He added the deficit could have been narrowed further in 2015-16, but for a major military operation against militants in tribal areas along the Afghan-Pakistan border and the costs of accommodating thousands of people displaced by the violence.

Defence spending next year will be set at 772 billion rupees, including 45-50 billion for the operation, an increase of 10 percent over 2014/15.

One of the biggest challenges facing the government will be to broaden the tax base in a country where only about one in 200 citizens file income tax, leaving the state having to ask donors to fund crumbling schools and hospitals.

With many legislators, ministers and businessmen believed to evade taxes, mustering the political will to push through reform could prove difficult.

Nevertheless, Pakistan’s Federal Board of Revenue has targeted a 19 percent increase in tax receipts to 3,100 billion rupees for 2015-16.

Imports of liquefied natural gas through a new port facility in Karachi should help make power supplies more reliable, although there have been teething problems at the terminal.

Infrastructure projects should be boosted by a $46 billion deal signed with China earlier this year to open up a road and energy corridor between the two countries.

The Punjab government has requested a two-day extension to present their budget, Express News reported.

According to reports, the Punjab government has asked for an extension as a result of the Punjab Finance Minister being replaced.

Furthermore, reports suggested that the budget has not yet been completed or printed.

Eight of 10 Malala attackers were allowed to walk free