Dealing with a depressed parent

Dealing with a depressed parent

Growin­g up with a depres­sed parent can take a seriou­s toll on childr­en
By Tehmina Khan
Published: September 17, 2014
Tweet Email 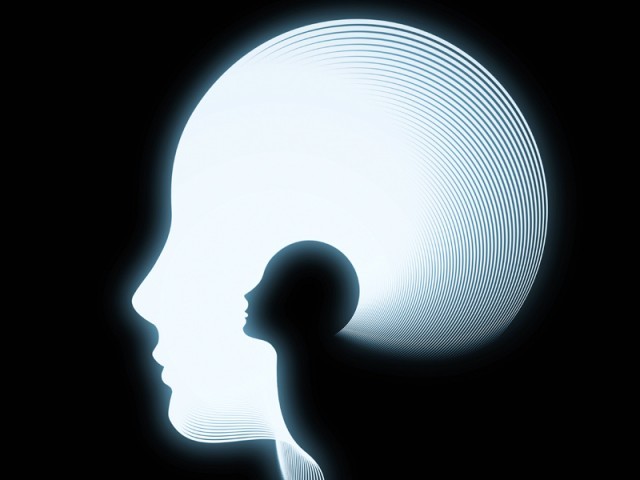 Feelings of sadness and unhappiness are usually short-lived. However, if these feelings start interfering with one’s daily lives, they could be early signs of depression, a common but serious illness.  Living with depression can take an obvious toll on the mental and physical well-being of not just on the patient themselves but also on those around them. Hence, it is important to recognise it as a legitimate medical problem and seek the required help.

After-effects of depression on children

The words and actions of a parent stay with a child for a long time. Hence, seeing a parent or parents struggle with sadness or long-term depression can have a dark impact on a child’s mind.  Dr Uzma Ali, associate professor at the Institute of Clinical Psychology, University of Karachi, points out that parents suffering from depression can gravely influence children. “Depression keeps parents from fulfilling their duties towards their children due to lack of concentration and irritability,” says Ali, adding that if the parent had been suffering from depression even before marriage, the condition can also be transferred to the kids genetically.

According to the National Institute of Mental Health, children and teenagers between the ages of 11 and 18 are influenced the most when a parent or parents are suffering from depression.  *Mikael Ilyas, a law student, was 17 years old when his dad lost his job and became clinically depressed. “My dad went completely quiet — he wouldn’t speak to anyone, he wouldn’t leave the house, he wouldn’t even smile or touch his food for days,” recalls Mikael, confessing that he also resorted to drugs to escape the tension at home.

The use of drugs to escape the reality at home is possibly one of the worst effects of depression on teenagers, but it can also manifest in other ways. When 24-year-old *Nadia Malik, lost her dad three years ago, she started smoking. “My mother became a completely different person,” she recalls. Thoughts of ending her own life also crossed Nadia’s mind several times when she saw her mother severely depressed.

Children who have even one parent suffering from depression have a greater chance of becoming depressed themselves, leading to a ‘cycle of depression’, according to the 2006 report Depressed Parents and the Effects on Their Children.

One out of every four adults below the age of 25 has experienced depression once in their lives. According to the Journal of the American Medical Association, 2003, women are twice as likely to suffer from depression as compared to men. However, in order to treat depression, it is essential to detect it first.

Moreover, depression is not only a mental health condition, it also has adverse effects on the patient’s physical health. According to the Mayo Clinic Organisation, an individual suffering from depression can also become vulnerable to other illnesses such as insomnia.

Reach out for help

Depression is caused by a combination of genetic, biological, environmental, and psychological factors and as serious as it may be, Marium Muneeb, an M.Phil in Psychology candidate at Bahria University, believes it is also completely reversible. “The treatment is a combined approach comprising of active communication, a positive approach to life, medication if required and complete support by family and friends,” explains Muneeb. However, the worst thing is ignoring the symptoms and delaying treatment. “Depression should be taken seriously because there are countless number of cases that ended with patients committing suicide, simply because no one else seemed to understand,” she adds.

Ali also agrees that depression can get worse over time and medication alone cannot help a patient recover fully. “It is true that anti-depressants can correct the chemical imbalance and control the release of neurotransmitters in the body, but counselling and psychotherapy have a major role to play in the treatment as well,” she elaborates.

The key is to help patients get professional medical attention before the problem gets worse. “My aunt dragged my mother to a doctor she knew,” says Nadia, adding that, after counselling sessions for two years her mother finally accepted her father’s death.  “I’ve been going to the same doctor too, for a couple of my own issues and it really helps,” adds Nadia.

On the other hand, Mikael’s drugs consumption became minimal after his dad found another job after almost a year and overcame his depression. However, the period affected his grades at school, making him lose the opportunity to enrol into a good university. It is clear that depression has far reaching effects, not only on the sufferers but also on the people around them. In a society like ours where depression is brushed off as a passing phase and those suffering from it are expected to just snap out of it, the consequences can be lifelong.

*Names have been changed to protect identity

The following symptoms indicated a strong possibility that you are suffering from clinical depression:

•  Feelings of helplessness and hopelessness.

•  Loss of interest in daily activities.

•  Thoughts of life not being worth living.