Madrassah students, lawyers, traders participated in the rally from Chauburji Chowk to GPO Chowk on The Mall. 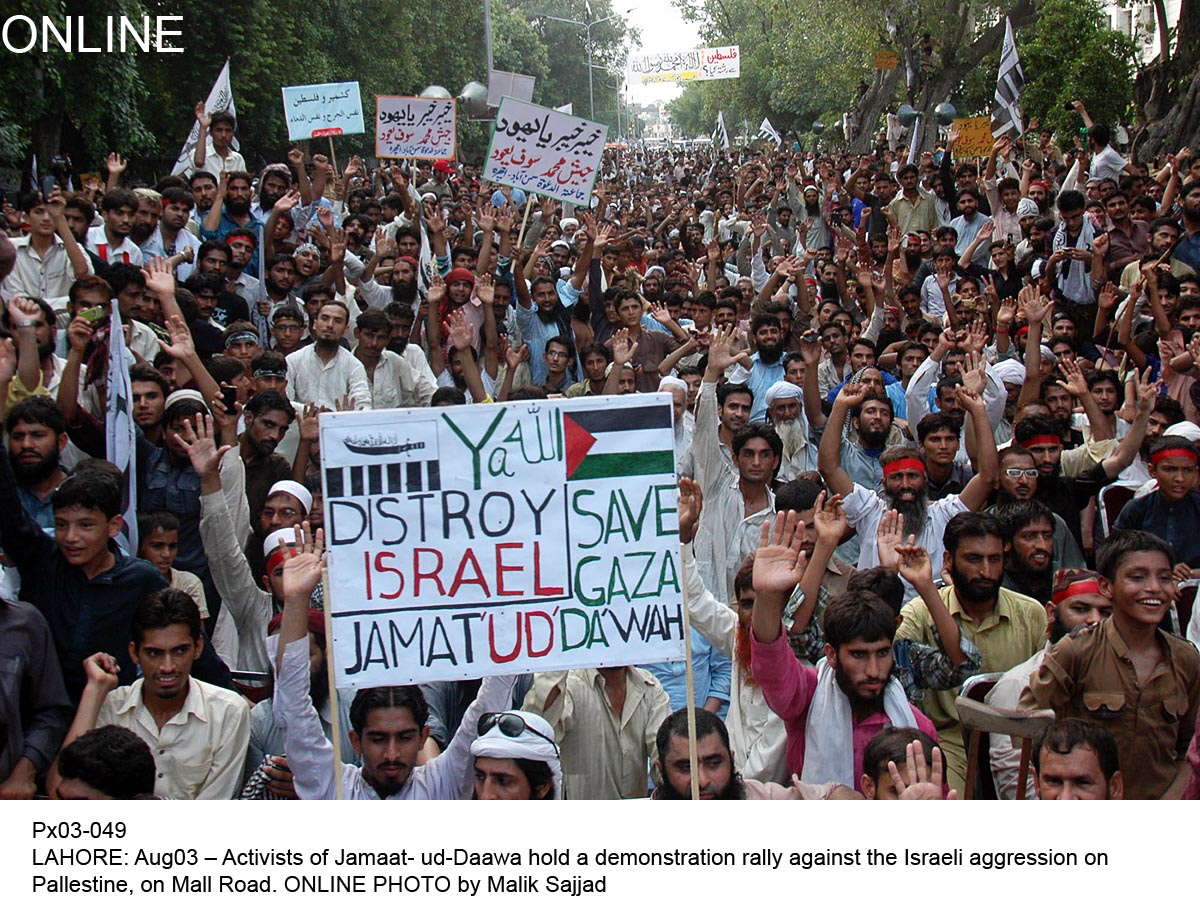 The Jamaatud Dawa on Sunday took out a rally to protest against Israeli aggression in Gaza.

Madrassah students, lawyers, traders participated in the rally from Chauburji Chowk to GPO Chowk on The Mall.

The protesters carried placards and posters and raised slogans against the US and Israel for killing Palestinians in Gaza.

They praised Hafiz Muhammad Saeed for highlighting the Palestine issue.

Saeed called upon Prime Minister Nawaz Sharif to organise a conference of Muslim leaders in Pakistan to support Palestinians.

He said Pakistan, Saudi Arabia and Iran should set a deadline for Israel to stop killing of the people of Gaza. He said they should send their forces to Gaza if Israel did not stop its atrocities.

The Jamaatud Dawa leader called upon Chief of Amy Staff General Raheel Sharif to play his role in uniting the Muslim world. He said Muslims were weak because they were not united.

He said Pakistan was made in the name of Islam. He said the country’s atomic bombs should be used as deterrent to save Muslims. Saeed said the United Nations, NATO, IMF and World Bank had been formed to protect the interest of Jews and Christians. “Muslim countries should make a union on the pattern of the European Union and Muslim financial institutions to protect their interests.”

Gaza seems to have become an ego issue for Hamas . I doubt if they truly care about the inhabitants - original or migrants .

The bigots!!!Celebrating killing of Ahmadis and taking out rallies for Gaza!!