Book review: Things a little bird told me - the Biz-ness of Twitter

Book review: Things a little bird told me - the Biz-ness of Twitter

Even when Biz Stone was callin­g it quits to stable jobs, he was system­atical­ly moving toward­s creati­ng Twitte­r.
By Faiza Rahman
Published: July 6, 2014
Tweet Email 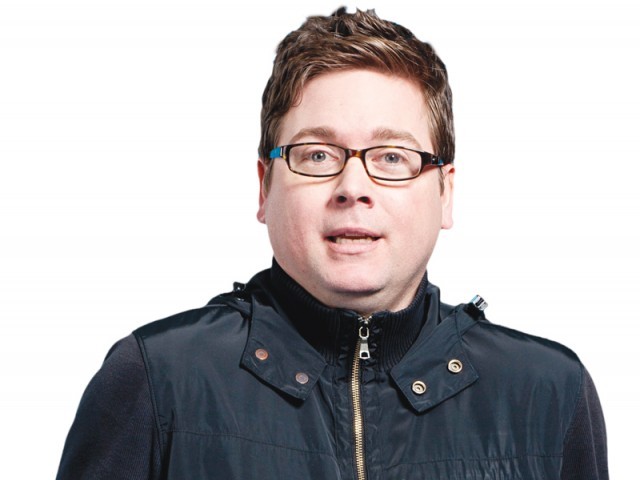 You’d expect the founder of Twitter to be a dry, donnish computer whizz, having obscure essays to his credit — not an art school dropout with a flair for creative writing and graphic design. But surprise, surprise, Biz Stone, the co-founder of Twitter, never finished college and never wrote his essays on time. He was, in fact, making art for books when he stumbled into the IT world. Things a little bird told me, a 222-page volume, delves into such details of his life, which either leave you utterly awe-inspired or simply annoyed.

You will be annoyed because he does not shy away from lending generous recognition to himself in a tone which borders on being pompous. “I think I have a genius idea,” he says at one point, while talking to his friend about a new tech venture he thought of. His short, crisp sentences convey a nipping sense of certitude. He sprints from job to job, abandons his education, crafts an alternative world out of his blog and refuses to waste time in workplaces that he feels are inhibiting his creativity no matter how stable or lucrative the job might be. He eventually ends up with a team that invents Twitter as a small, side project.

Starting off with an account of how he and his girlfriend Livia were trudging past life, burdened with debt, he tells how he, a Northeastern University dropout, cracked Google’s notoriously exhaustive recruitment process by “believing in himself”. At first, you will not believe it, but when you do, you will feel happy for him. That said, a few sentences later, you will recoil. “I needed a new source of energy, so I quit Google,” he writes in a drop-of-a-hat fashion, without citing any other plausible reasons. Irritated? Impressed? Read and decide. You may be awe-inspired if you understand that this is the story of a man who has always taken pride in his choices; who was sure of himself and made no secret of it. Even when he was erratically calling it quits to stable jobs, there seemed to be a method to his madness. After all, the end result of it all was nothing less than an internet paradigm-shift that is Twitter.

Moreover, you might slowly forgive his aplomb when you realise that Biz Stone embraces his failures as enthusiastically as his successes. He refuses to accept failure with humble resign; instead, he continues to acknowledge his own talents and treats failure as mere ‘gaps’ which give one room to manufacture opportunities. His theories on sustaining the creative thought process are remarkable; the lens through which he sees failure and success is unusual.

Success to Biz Stone is not being able to pay his credit card debt or buying a car, or finally having a bed to sleep on. Success for him is the sheer pleasure of creating something. His progress at school, his family life, and life with Livia, all help the reader know Biz Stone, the man, most intimately.

The time when he surreptitiously designed a book jacket for a publisher while working as his labourer, helps us understand him. Who else would abandon the work they are being paid for, sneak into a stranger’s workstation and do their work? Someone for whom fulfillment is about ‘creating’, for sure.

The tidbits of advice on how to get around difficult times in one’s career are invaluable. Accounts of how the team designing Twitter sorted out the many technical glitches will be thoroughly enjoyed by tech enthusiasts. All in all, Things a little bird told me is a good motivational read.