Police says he killed her at their home in Sirajpura after she told him she did not have enough money for his wedding. Police says he killed her at their home in Sirajpura after she told him she did not have enough money for his wedding. PHOTO: FILE
LAHORE:

A 25-year-old man killed his mother at their home in Sirajpura after she told him that she didn’t have enough money for his wedding, the police said on Tuesday.

After a fierce argument, Asif attacked his mother Razia with a sharp-edged weapon, according to police. Asif was furious when his mother told him she could not get him married to a girl because she had no money.

Police arrested Asif, who fled from his home after the alleged attack. Asif was later handed over to the police on a seven-day physical remand.

Cantonment SP Sarfraz Virk said the accused told investigators his mother was creating hurdles in his marriage. Razia was taken to a hospital with a deep cut to her throat and a stab wound to her stomach. She succumbed to her injuries there.

Police officials said Asif had a deep cut on his right hand and marks on his chest, apparently made by the same weapon used during the attack; officials said the injuries may have been sustained as Razia tried to resist the attack. Asif denied accusations of the murder and police have registered a case against him. 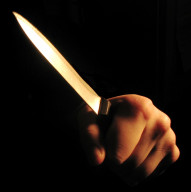 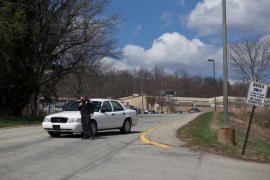 21 injured in mass stabbing at US high school 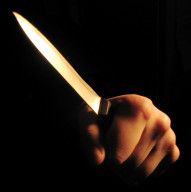 Violence in the city: Married woman stabbed to death by father in Baldia Town

"Self hating Pakistanis" ? Tribune Reader, Its about time we got our heads out of the sand and realized what's truly afflicting us. The country is facing multiple crises, mostly of our own making, yet you blame the media and the West. This thinking is analogous to seeing your home burn down but worrying about the rose garden instead of tending to the fire. Let's stop beating around the bush and get our priorities straight.

Domestic Abuse Stories like these are hardly worth publication, you are further giving fuel to the Self Hating Pakistani's out there, who need reasons to hate the country, and to western online media outlets, who then re publish these stories, for example the case of the woman beaten to death outside of the Lahore High court, that story made news on Britain's Guardian and Independent, as well as the New York Times and the Huff post. Such news articles further damage Pakistan's already brittle reputation abroad.

@RajaPeace: Although you are technically correct. Stabbing in the first place is just as horrible.

ET change the heading. its a barbaric act but it wasnt the act of stabing till death. He stabed and hit her (2 shots) and then ran away. the mother later scumbed to injuries!