Baloch­istan to get 100 delay action dams and a flyove­r.
By Shabaz Rana
Published: October 8, 2013
Tweet Email 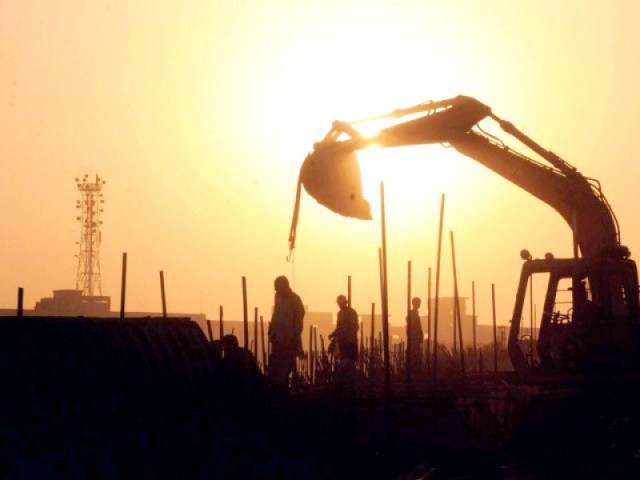 The federal government approved nine new development schemes worth Rs43 billion amidst mounting fears over the slashing of the development budget that has already thrown a host of approved projects into financial disarray. PHOTO: FILE

ISLAMABAD: The federal government on Monday approved nine new development schemes worth Rs43 billion amidst mounting fears over the slashing of the development budget that has already thrown a host of approved projects into financial disarray.

The projects, which were approved by the Executive Committee of the National Economic Council (ECNEC) – headed by Finance Minister Ishaq Dar — fall in the energy, education, health, transport, communications, irrigation and water sectors.

With the latest approvals, the portfolio of development projects has crossed the mark of 1,300 schemes, with many of them remaining underfunded. Fears of a development budget cut have been stoked by news that while the government has approved a Rs540 billion development budget for the current financial year, the International Monetary Fund has shown the current’s year budget at Rs420 billion, demonstrating a reduction of 22.3%.

The provincial breakdown of the latest schemes approved by ECNEC shows that two projects in Punjab having estimated value of Rs24.8 billion have been approved, while three projects for Balochistan worth Rs8.7 billion, one project for Sindh worth Rs2.1 billion and two projects for Khyber-Pakhtunkhwa (K-P) valuing Rs4.4 billion have been approved. Similarly, a national scholarship programme amounting to Rs2.9 billion has also received the nod from the country’s highest approving authority.

While clearing the upgrading of girls primary schools in 12 districts of Sindh, ECNEC directed the Sindh government to commit Rs100 million of its share so that work on these project could be completed in the stipulated time period.

While approving the Gomal Zam Dam’s Command Area Development and On-Farm Water Management for High Value and High Efficiency Agriculture Project, the meeting was informed that 73% of the cost of the project would be borne by USAID.

ECNEC also approved the construction of a flyover at Sariab Phatak, Quetta which will connect Zarghoon Road with Sariab Road. Similarly, the construction of over 100 Delay Action Dams in Balochistan were also approved by the council. These dams will help raise the level of groundwater table through artificial recharge and will harvest more than 66,075 acre-ft of water rain. This will bring 24,000 acres of fertile cultivable land under cultivation and protect downstream areas from flash floods.