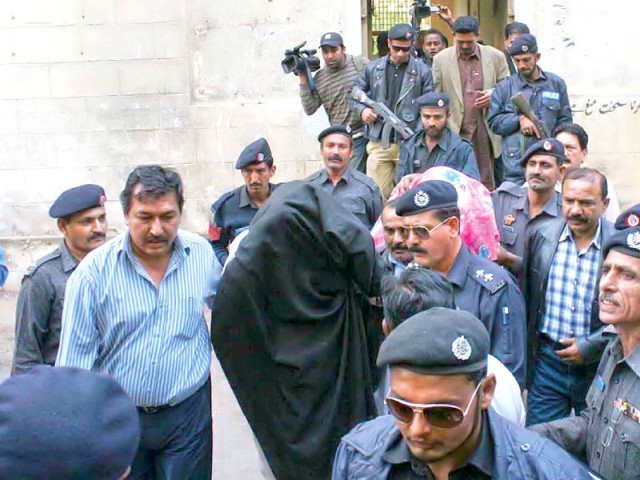 Police are waiting for the completion of legal formalities to repatriate Shahrukh Jatoi – the prime suspect in the Shahzeb Khan murder case – from Dubai, The Express Tribune learnt on Wednesday.

Shahrukh has been living at a sprawling 30-acre residence of a prominent Arab businessman in Dubai, according to police. The businessman is most likely his father Sikander Jatoi’s business partner in his chemical manufacturing company in the UAE.

“We are fulfilling legal formalities to bring him back,” a member of the police team, told The Express Tribune by phone from Dubai. “Soon, he will be in front of the court.”

Shahrukh fled to Dubai on December 27, two days after Shahzeb, the son of a DSP, was murdered over a petty dispute. Another police officer said Shahrukh had used someone else’s boarding pass as the air ticket issued in his name was cancelled at the last minute. At the Dubai airport, Shahrukh showed his own passport and visa to immigration officials.

Police officials said the prime suspect cannot be tried under the Anti-Terrorism Act as he is still legally a minor. They explained that Interpol cannot issue a red warrant for him unless a court convicts him. Shahrukh would be brought back home via a search notice, which has already been issued by Interpol.

Meanwhile, three other suspects – Siraj Talpur, his brother Sajjad Talpur and their servant Ghulam Murtaza – have been identified as the accused in a district and sessions court on Wednesday.

Two prosecution witnesses identified them during an identification parade held by a judicial magistrate.

On Tuesday, an anti-terrorism court had remanded them into police custody for 10 days for completion of investigations in the case.

Inspector Mobin, who was investigating the case, told journalists outside the court, “The witnesses told the judge that they had seen Siraj Talpur firing at Shahzeb Khan, who received bullet wounds and fell down. Meanwhile, Sajjad Talpur and his servant came and shouted that he (Shahzeb) was just injured, not dead. On this, Siraj fired more gunshots, killing Shahzeb on the spot.”

The investigating officer told journalists that the identity of the prosecution witnesses could not be disclosed for the purpose of their security.

While Siraj’s role was described by officials, Shahrukh’s role was unclear.

Also on Wednesday, Shahrukh’s father Sikander was granted one day of protective bail by the Lahore High Court. The court directed the accused to furnish bail bonds worth Rs1 million.

Sikander’s attorney informed the bench that his client wanted to appear before the Supreme Court to record his statement. He prayed to the court to grant him protective bail because he feared the Karachi police would arrest him during his appearance before the apex court or on his way to Islamabad.

Sikander maintained that he was being implicated in the case on political grounds.

(WITH ADDITIONAL REPORTING BY OUR CORRESPONDENT IN LAHORE)