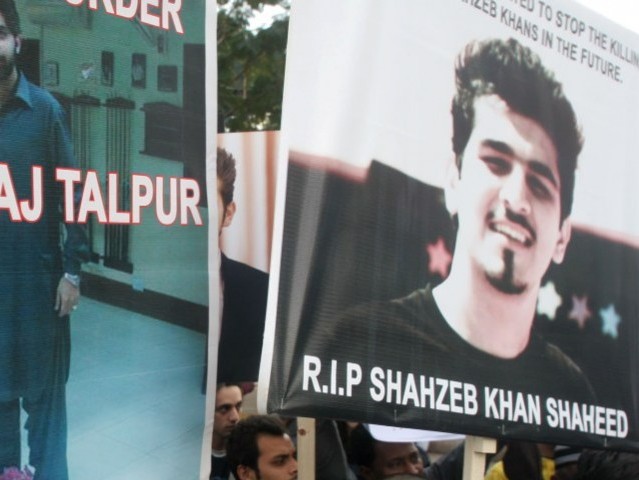 Prime suspect in the murder of Shahzeb Khan, Shahrukh Jatoi could have managed to escape to the UAE soon after the incident, sources told Express News on Friday.

Express News correspondent Rehan Khan said that per documents received from the Federal Investigation Authority (FIA), Shahrukh Sikander Jatoi indicated that he may have fled to the UAE on December 27, 2012.

Shahzeb had allegedly been killed by Shahrukh on December 25.

It was previously believed that Shahrukh, whose name has been included in the exit control list (ECL) may have managed to escape to Australia, where he had been pursuing higher education.

On Friday, the Supreme Court lauded Express News anchor Shahzeb Khan’s show To the point, for tracing out the suspects and covering the incident.

Police too were in action on Friday with at least three known locations of the Jatois in Karachi being raided. In Hyderabad, at least one cement factory after police raided the premises in search of Shahrukh.

Violence in the city: Two men shot in targeted attack