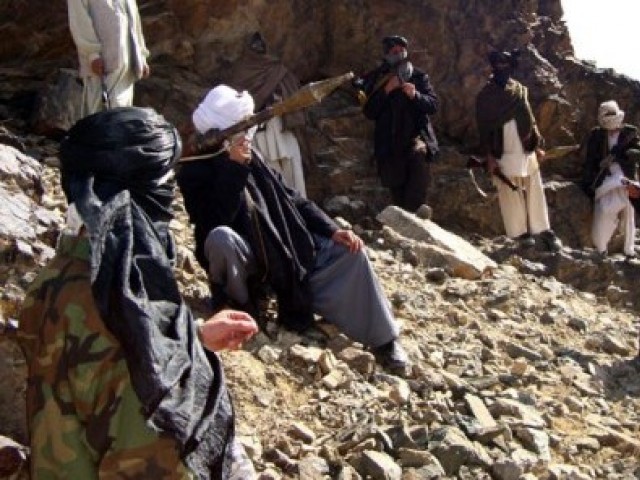 KARACHI: The Tehreek-e-Taliban Pakistan (TTP) has dispatched about 35 militants to Karachi from Khyber-Pakhtunkhwa to free their arrested companions, according to a leaflet issued by National Crisis Management Cell on Friday.

In a communiqué issued to the Sindh government, intelligence agencies have warned about possible terror attacks on law enforcement agencies by TTP militants to get their companions free from their custody. It further stated that the TTP has also dispatched 30-35 militants from Khyber-Pakhtunkhwa to carry out the attacks with the assistance of local Taliban militants.

Following the information, security was beefed up at the offices of law enforcement agencies.

Anti-Extremist Cell (AEC) of the Crime Investigation Department had arrested TTP suspect Ataullah alias Saddam, the alleged mastermind behind Muharram bomb blasts, and killed his accomplice Gul Muhammad Mehsud in an alleged encounter in the Sultanabad area of Manghopir on Muharram 10. Over 100kg of explosives, including an explosive-laden vehicle, was also recovered by police in the raid.

An alleged mastermind of triple bombings in Orangi Town and Abbas Town during the first ten days of Muharram, identified as Ataullah, is still in the custody of AEC police on remand.

AEC chief SSP Chaudhry Aslam Khan said that he has asked his officers to stay more vigilant, and expressed hope that they will defeat attackers.

‘Too much’ security: Vendors take shrine’s admin to court