NGO direct­s all its expatr­iate staff to leave the countr­y by Septem­ber 13.
By AFP
Published: September 12, 2012
Tweet Email 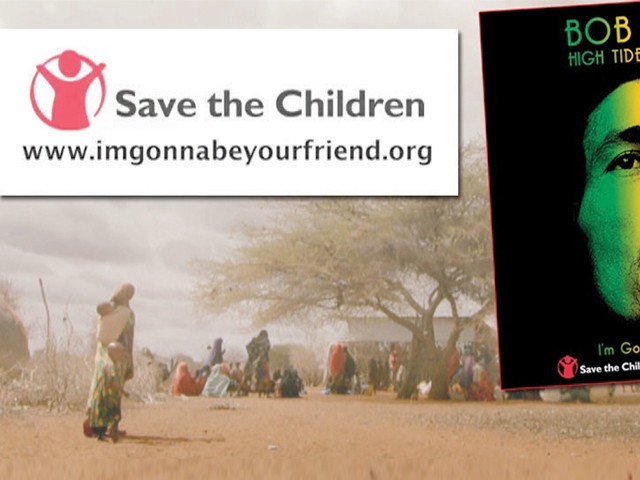 Save the Children orders its foreign workers to leave by September 13. DESIGN: SAMAD SIDDIQUI/FILE

ISLAMABAD: The global children’s aid agency, Save the Children said on Wednesday that it regretted Pakistan’s government ordering its staff to leave the country and denied it was ever involved in the CIA’s hunt for Osama bin Laden.

Pakistan last week had ordered all of the Save the Children’s foreign staff to leave the country within four weeks in the wake of accusations linking it to a fake vaccination programme launched to track down the al Qaeda chief.

However, local media quoted interior minister Rehman Malik as saying on Saturday that the organisation’s expatriate staff members in Pakistan would not now be expelled.

But Save the Children said in a statement Wednesday that it had not received official confirmation of the seeming U-turn and would still send its four expatriate workers home.

“Save the Children has not received written documentation (from the interior ministry) to support these statements,” the charity said.

It added: “Consequently, we are left with no option but to ask the four remaining expatriate staff members in Islamabad to leave the country by September 13.

“While we regret that these talented and committed humanitarian workers are leaving the country, our remaining 2,000 Pakistani staff members, including our Senior Management Team in-country, will ensure operations in Pakistan.”

Save the Children employs a total of six expatriate staff members in Pakistan — a Bangladeshi, an Irish citizen, three British nationals and one American citizen.

Two of the foreign staff members were not in the country when the government issued the expulsion order.

“We hope that our six expatriate staff members will be allowed to return to Pakistan soon,” the charity added.

Save the Children said no explanation had been given for the cancellation of the staff visas but added it would seek to cooperate with authorities to clear up any doubts.

A Pakistan intelligence report has linked the aid agency to Pakistani doctor Shakeel Afridi, who the CIA allegedly used to carry out the fake vaccination programme.

“Save the Children has always worked within its mandate and has never been involved with either the CIA or any other intelligence agency, doctor Shakeel Afridi or a fake vaccination campaign” said the Save the Children statement.

Afridi allegedly worked for the CIA collecting DNA in a bid to verify bin Laden’s presence in the town where he was killed by US Navy Seals in a raid on his compound in May 2011.

An official report prepared jointly by Pakistan civil and military intelligence blamed a former Save the Children director for introducing Afridi to the Americans.

In May Afridi was sentenced to 33 years in jail for treason after being convicted over alleged ties to militant group Lashkar-e-Islam, not for working for the CIA, for which the court said it did not have jurisdiction.