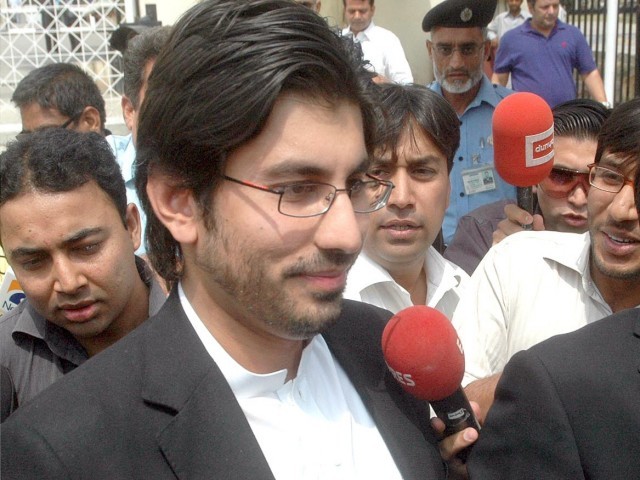 A suo motu hearing on reports of financial corruption was heard by a three-member bench.

Upon reaching the court, Arsalan, while speaking to the media said that he was not not allowed to “go back home” until the court gave its verdict.

A personal staff officer informed the court that Riaz was in the UK, where he was undergoing treatment. The chief justice inquired whether Riaz had received the court’s summons, to which the officer replied that he had “not been able to get in touch with Malik Riaz” as yet.

Upon the court’s enquiry as to who took care of business affairs in Riaz’s absence, the officer took eight names including that of Riaz’s son Ahmed Ali Riaz.

Qadir responded saying that Justice Jawad S Khwaja was getting “very emotional” and should not hear the case.

The chief justice replied that he had “taken notice” of the attorney general’s objection and that it would be mentioned in the order.

Chief Justice Chaudhry observed that if evidence was found against anyone, proceedings would be carried out according to the law.

Speaking to the media outside the courtroom, Arsalan’s counsel said that the court had taken no decision as yet but had adjourned the hearing till June 7.

The court said that data relating to the case would be provided to the counsel in the next hearing. The Supreme Court also ordered for Riaz to be presented in court by then.

“I feel like this is a conspiracy to malign the Supreme Court,” said Arsalan’s lawyer. “We will expose the people behind this conspiracy and proceed against them.”

Kohistan video: Hearing adjourned as girls not produced in court