Youth parliament of Pakistan: ‘Your demands are already part of ministry’s charter’

Youth parliament of Pakistan: ‘Your demands are already part of ministry’s charter’ 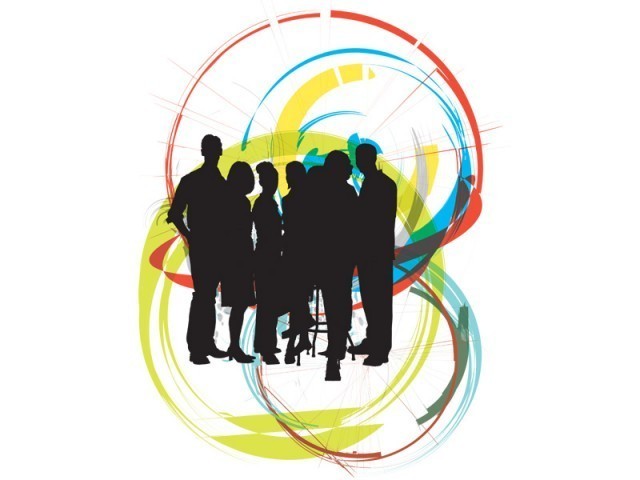 " We demand that all political parties make the contents of the Charter of Demands a part their manifestos," Amjad Zafar of YPP.

More than 150 members of the Youth Parliament of Pakistan on Monday shared a 42-point Charter of Demands (CoD) for “mainstreaming human rights education and democratic citizenship” with representatives of the main political parties.

The charter was presented at the National Human Rights Education Forum, organised by the Youth Parliament of Pakistan in collaboration with the Ministry of Human Rights.

The youth declared the lack of education and women and child rights issues as the biggest human rights violations. The charter demanded that minorities and transgenders be given equal rights and protection, karo kari and wani be abolished and that human rights be included as a subject in the curriculum (in schools and madrassas). It also called for setting up human rights cells in all educational institutes and urged stricter checks on parliamentarians if they commit a human rights violation.

The charter, according to the organisers, was formulated after holding over a 100 workshops under the banner of Know Your Rights campaign.

People from 53 districts across the country attended the workshops and gave suggestions.

Pakistan Peoples Party (PPP), Pakistan Muslim League-Nawaz (PML-N), Pakistan Tehreek-i-Insaf (PTI) and Jamaat-i-Islami had been invited. JI declined the invitation and Sartaj Aziz of the PML-N sent Wasiq Qadeer (a public relations officer at the Beaconhouse University where Aziz is the vice chancellor) in his place.

PPP’s Naveed Chaudhry said he was “disappointed” that the charter  did not put forward any new demands, adding that majority of what had been suggested was “already part of the human rights charter of the ministry of human rights”. Basic human rights, he said, were also part of the manifestos of political parties.

Shafqat Mahmood, the PTI representative, said the greatest challenge for political parties was to make governance “effective’’. He described the police as the “biggest perpetrators” of human rights violations.

During the question and answer session, the young parliamentarians criticised the governments for the lack of implementation of laws that guarantee human rights. Among the topics discussed were the case of Raymond Davis, drone attacks and the Lyari operation. The YPP members also proposed that a human rights education workshop be held for parliamentarians.

Bilal Rana, the YPP executive director, said that they were happy that the PTI and PPP representatives had attended the forum. “Usually youth activities are not taken seriously by politicians,” he said. Rana said that the charter had been presented at the “right time” since the elections are near.

The parliament’s chairman Abrarul Haq – who is also PTI’s Youth Wing president – said that youth who make up a large fraction of the population should have a say in policy making.

Amjad Zafar, the YPP national programme officer for human rights, said the workshops had been conducted over a year and had targeted the 18 to 35 age group. “We demand that all political parties make the CoD content a part their manifestos’, said Zafar, who also oversees the Punjab chapter.

Andeel Ali, the district programme manager in Sindh said that even if one of their demands were included in a party’s manifesto, they would consider it an achievement.

Adnan Khan from Peshawar said that the youth in Khyber Pakhtunkhwa wanted a bigger say in legislation. He identified the lack of education, child labour and social deprivation of women as the biggest human rights violations in the province.

Sarmad Yasin, the programme’s regional project manager in Azad Jammu and Kashmir, said child rights violations are a problem in his area.

“The youth in Balochistan – who drop out of school – are exploited by political and religious leaders,” said Azmat Baloch, a YPP facilitator in Quetta.

He said that this deprived them of opportunities. The rising number of ‘missing persons’ had also created a sense of deprivation in the youth, he said, and was increasing frustration among them.