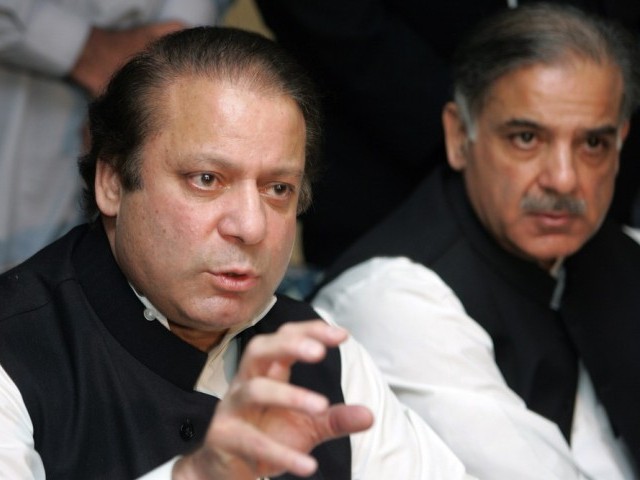 After a period of stagnation, the infamous National Accountability Bureau (NAB) seems to have suddenly come back to life.

It was also revealed on Thursday that the Army chief General Ashfaq Parvez Kayani and NAB Chairman Admiral (Retd) Fasih Bokhari had held a meeting on Wednesday to decide modalities of a joint investigation into the National Logistic Cell (NLC) scam.

“The president has directed NAB’s chairman to make sure that there should be no political victimisation in this case,” said the Bureau spokesperson Zafar Iqbal Khan on Thursday in his media briefing.

Interior Minister Rehman Malik had claimed on April 28 that he had documentary evidence of the corruption against the PML-N leadership and would refer them to the NAB. The federal government is the complainant in this reference, which also includes cases related to loan defaults worth Rs4.9 billion taken from nine different banks in the early ’90s.

When the spokesperson was asked if Malik is the complainant, he said, “I can only tell you that a formal inquiry has been initiated.” Malik had earlier claimed that he had evidence against Nawaz and Shahbaz siphoning off public funds worth $32 million.

“Investigators will proceed with the money laundering case against Sharif brothers on merit,” the spokesperson said adding, “There will be no political victimisation in this case.”

Meanwhile, PML-N Information Secretary Mushahidullah Khan rejected the allegations. “We are ready to face the inquiries. These are totally politically motivated inquiries,” he told The Express Tribune.

Presidential spokesperson Senator Farhatullah Babar refused to confirm or deny whether President Zardari had given a go-ahead to NAB to initiate these inquiries.

The reference received by investigators stated that the Sharif brothers on February 15, 1995, provided guarantee to pay on demand the Leasing Company any such due against the Hudabiya Paper Mills up to a maximum of $12.046 million together with all profits and charges. However, the paper mill failed to make the payment on the first due date or any date thereafter, Malik had alleged.

To a question regarding the National Logistic Cell scam, he said that the General Headquarter (GHQ) Rawalpindi was cooperating fully with NAB. He, however, made it clear that the bureau was only investigating the civilians involved in the multibillion rupee scam while all military men were being interrogated by the GHQ itself. It was revealed separately on Thursday that Gen Kayani and Admiral (Retd) Bokhari held a meeting on Wednesday regarding the NLC scam, involving three generals.

The investigations, according to the officials at NAB, would be carried out according to directives issued by the Public Accounts Committee (PAC), the parliamentary arm for accountability. There had been reports in the past that the military had refused to cooperate with NAB to conduct the probe. It was reported in March that the military authorities had turned down a request by NAB to share with it the details of the scam at NLC – an army-run transportation company.

About the Rental Power Projects (RPP) accused, the spokesperson said that the bureau was in the process of reconciliation with political leaders involved in this mega scam. Investigations against two former ministers and a sitting minister, Raja Pervez Ashraf, accused in the case, are going smoothly, he said.

“Everyone knows their names,” he replied when asked about the names at a news conference on Thursday.

He said NAB is investigating different federal and provincial mega projects worth between Rs50-100 million.

NAB is also investigating massive corruption in the education department. “Rs1 billion, allocated for school furniture, has reportedly been embezzled,” he said.

Responding to a query, the NAB DG confirmed large scale corruption in the Balochistan health department. “I do not know how this department is surviving because NAB receives daily complaints.”