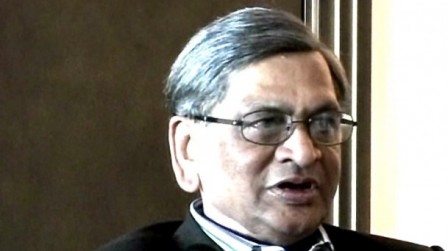 The foreign minister arrived at Chaklala Air Base along with a 15-member delegation and 35 Indian journalists.

Krishna said India wants all issues to be resolved and that he is in Pakistan with a message of peace. He said the Indian government supports the idea of a stable Pakistan.

The foreign ministers of both sides are expected to discuss issues concerning relation between the two countries.

Krisha said, “we want all issues to be resolved through negotiations.”

Sources said the foreign ministers of both sides are expected to discuss “all issues” concerning their countries’ relations.

India’s Foreign Ministry said the two sides are likely “to work out the modalities of restoring trust and confidence, thus paving the way for a substantive dialogue.

Sources said that agenda for dialogue has been finalized. Pakistan has prepared an eight point agenda, however, the Indian embassy will issue a schedule regarding India’s agenda.

Would-be suicide bombers on the loose