In a war where no one has made the right choice, this could be the worst decisi­on yet.
By Nadir Hassan
Published: September 28, 2011
Tweet Email 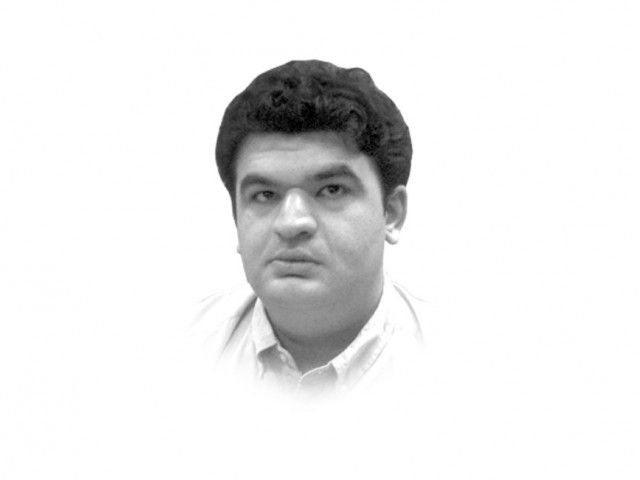 The writer is a correspondent for The Express Tribune nadir.hassan@tribune.com.pk

Like the boy who cried wolf, Pakistan has concocted so many conspiracy theories to deflect blame from itself and onto the US that we will not get a fair hearing when, in fact, US policy leads to an unresolvable mess. Mired in an unwinnable war in Afghanistan, the Americans are lashing out against the Haqqani network and its alleged patrons in the ISI, partly to find a scapegoat for their defeat and partly because of the devastating attacks against US interests.

Here’s where the US is to blame: President Barack Obama made a huge mistake when he announced that Washington would begin its drawdown in Afghanistan in 2012, the same year, not coincidentally, the year of his own re-election. By the time Obama came into power, the Americans were already tired of the never-ending Afghan war, but by setting a specific date for the start of the withdrawal, Obama empowered the Taliban and their allies — like the Haqqani network — in that they no longer needed to win the war and would simply have to wait out the departure of the Americans. Obama also ensured that Pakistan would be forced to take a wait-and-see approach, especially once it became clear that Nato would negotiate with the Taliban to facilitate the withdrawal.

In leaving the Afghan theatre of war, where it has gone from lead actor to just another member of a sprawling cast, the US has, naturally, thought only of itself. It is willing to negotiate with anyone, including those denounced as terrorists, but it is still pressurising Pakistan to target al Qaeda and the Afghan Taliban so that their departure feels more like a victory.

Pakistan, however, has national interests of its own and that means prioritising military action against the Tehreek-i-Taliban Pakistan over the Afghan Taliban. Even with significant successes in Swat, we still have battles that need to be won in Dir, Bajaur and other areas in South Waziristan. Maulana Fazlullah is regrouping in Nuristan, Afghanistan, and launching regular attacks on Pakistani territory. And in that, we are not getting any help from Isaf forces in Afghanistan because they do not see this as a threat to US interests, yet we are continually told that we must fight the Haqqani network, who pose no danger to our own interests.

Thus, it should be obvious to all that launching a military operation in North Waziristan, even if the army was capable of undertaking such a difficult invasion, would not figure very high on our list of priorities. This, however, does not mean that we should actively be funding and training the Haqqani network, as the US has alleged in its ratcheting war of words against Pakistan. There is a difference between inaction — caused by military limitations and a lack of national interest — and actively supporting a terrorist group. This is where Pakistan, if the allegations are true, is yet again committing a mistake of historical proportions.

We may justifiably find it a burden to take on the Afghan Taliban and the Haqqani network at a time when we face a threat from militant’s intent on attacking Pakistan itself, but taking US aid and then using that very aid to help an outfit that is attacking the US, is asking for trouble. Instead of detaching ourselves from the war and maintaining our leverage in Afghanistan by leaving the Taliban alone, we may have bet on the wrong side. In a war where no one has made the right choice, this could be the worst decision yet.