US makes 'all' Pakistan assistance subject to action against Haqqani Network

US makes 'all' Pakistan assistance subject to action against Haqqani Network 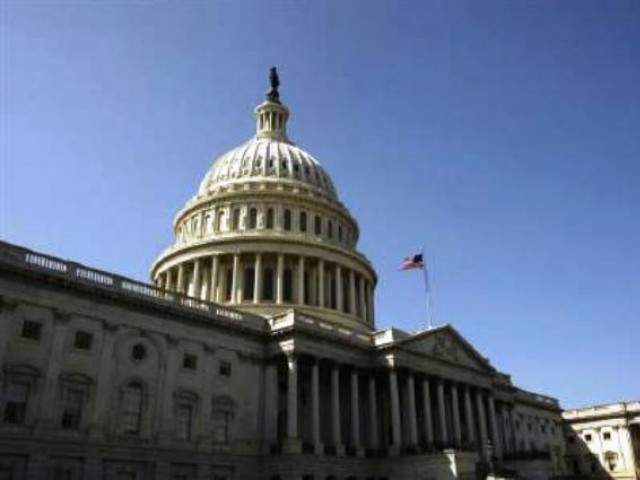 NEW YORK: Ratcheting up pressure on Pakistan, the US Senate Appropriations Committee passed a bill that makes ‘all’ US financial assistance to the Government of Pakistan privy to conditions of cooperation against the Hqqani network and other terror groups associated with al Qaeda.

According to a press release issued by the committee, the Senate passed the Department of State, Foreign Operations and Related Programs Appropriations bill for the fiscal year 2012 by a 28-2 vote in favour.

The bill makes available $161.4 million for State Department operations in Pakistan, but “does not specify amounts for assistance for Pakistan.” The committee also voted to provide one billion dollars for the Pakistan Counterinsurgency Capability Fund.

The press release stated that “the bill includes strengthened restrictions on assistance for Pakistan by conditioning all funds to the Government of Pakistan on cooperation against the Haqqani network, al Qaeda, and other terrorist organisations, with a waiver, and funding based on achieving benchmarks.”

The conditions on aid imposed by the Senate Appropriations Committee comes after months of pressure on Pakistan to act against terrorist organisations, especially in wake of the Abbottabad raid in May this year that led to the death of al Qaeda leader Osama Bin Laden.

In recent weeks, the US government has upped the ante on Pakistan to take action against the Haqqani network, whom it blames attacking on the US Embassy and NATO Headquarters in Kabul on September 13, and the attacks on US soldiers in Wardak on September 11.

On September 20, Chairman of the Joint Chiefs of Staff Admiral Mike Mullen called on the ISI to stop supporting proxies as part of its strategy. The same day, ISI chief General Ahmed Shuja Pasha met his CIA counterpart David Petraeus and senior White House officials during a one-day visit to Washington, where the Haqqani network remained the main focus of talks. This follows a series of high level meetings between Mullen and Chief of Army Staff General Parvez Kayani and Secretary of State Hillary Clinton and Foreign Minister Hina Rabbani Khar.

Pakistan and US have also agreed to reduce the footprint of US troops in Pakistan from 300 to between 100 and 150 on the request of the Pakistani government.