Australian High Commissioner Neil Hawkins met the National Women’s Cricket Team in Karachi on Thursday, wishing them good luck ahead of their tour Down Under.

The Pakistan women's team is set to depart on January 06 for the tour against hosts and reigning champions Australia starting January 16.

The two teams will be playing an ODI and a T20I series scheduled in Brisbane, Sydney, Hobart, and Canberra. The ODIs are part of the 2020-2025 ICC Women’s Championship. 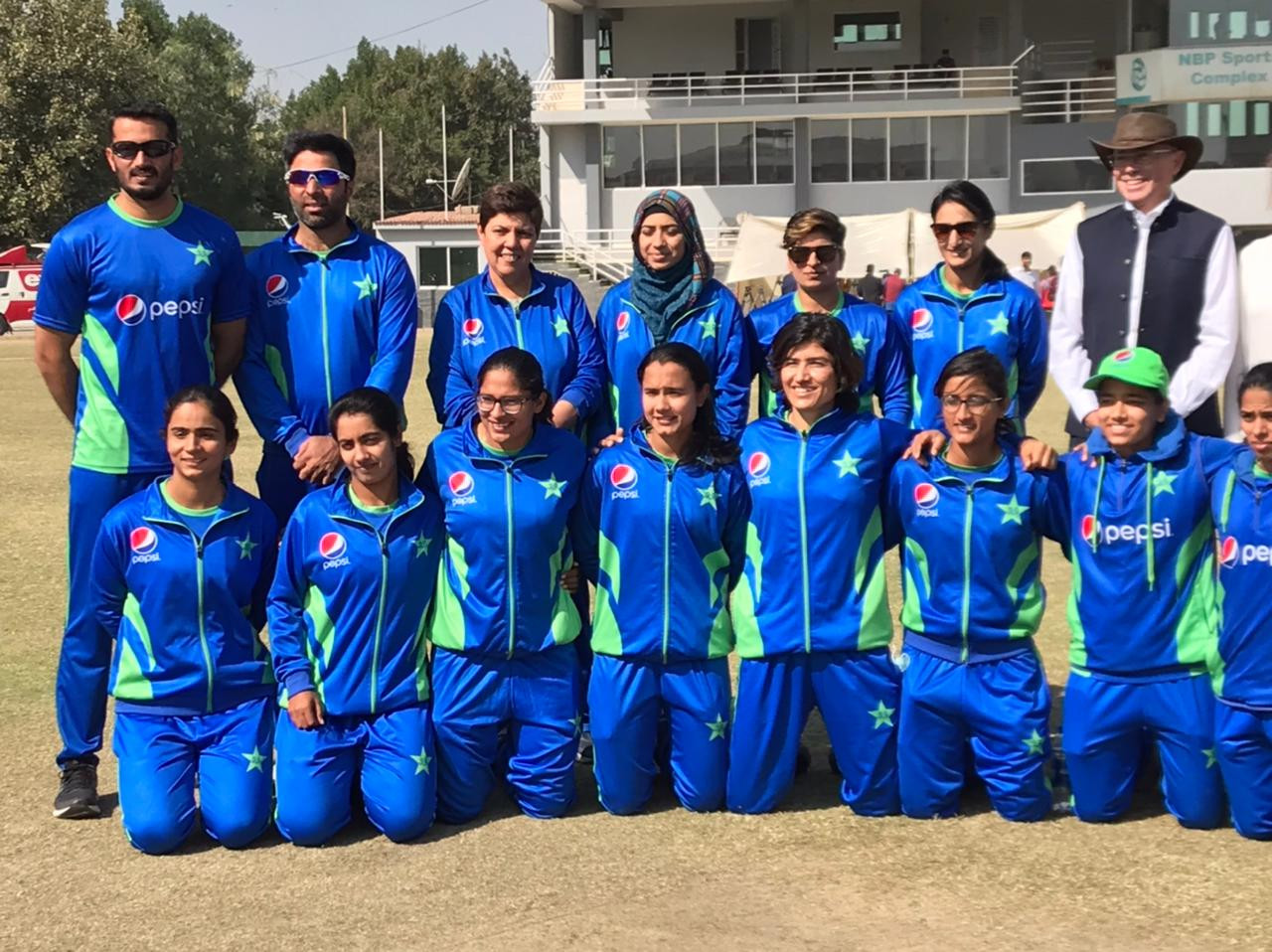 Speaking at the event, the High Commissioner said, "It is a great privilege to meet Pakistan National Women’s Cricket Team today. Our countries share a passion for cricket. I wish the team a fantastic stay in Australia. They will receive a very warm Australian welcome. We expect some fabulous cricket."

The High Commissioner also invited fans and visitors from Pakistan to be part of the series and the Pakistan Cricket Board’s #BackOurGirls campaign.

"Australia is committed to promoting inclusivity and gender equality in sports and would love to see the talented women I met today go head-to-head with the Australian women’s team," Hawkins added.

He also met the Pakistan U19 women’s squad, who are also practicing in Karachi for the inaugural ICC U19 Women’s T20 World Cup scheduled to take place in South Africa later this month.

"The Australian High Commission has been supporting under-19 girls’ cricket in Pakistan since 2016, as we believe cricket and other sports can help tear down barriers and stereotypes," he said.

Speaking at the press briefing, Pakistan captain Bismah Maroof said, "We had a good 2022 year, where we won five of the six ICC Women’s Championship matches. We are looking forward to playing a competitive series in Australia. The series against Australia will provide an opportunity to players to express their talent on the field and make new fans."

"I am positive that the squad assembled here under Bismah shall give a good account of itself on the forthcoming tour, not only on the field of play but also in terms of winning friends through great display of skills, discipline, and sportsmanship," said team manager Ayesha Ashhar.

The national women’s team held a seven-day camp in Karachi, and will be flying to Brisbane on January 6. After the T20i series, the team will fly to South Africa for the Women's T20 World Cup.

Bismah concluded that the team is looking forward to win the series and prepare as best as they could for the T20 World Cup. She added that the selected team was the perfect combination for the conditions and would give their best to succeed.

WATCH: Australia and elsewhere shake off Covid to ring in 2023