In the affidavit, the former premier assured the court that he would never do anything in future that would hurt the dignity of any court and the judiciary, especially the lower judiciary.

The PTI chief also said that he will fully follow what he said before the court in the last hearing and added that he is ready to take further action to satisfy the court in this regard.

The deposed premier further said that he is "willing to apologize" if the judge thinks that he crossed a "red line".

Imran added that for 26 years, he fought for the independence of the judiciary and the rule of law and said that there was no intention to threaten the judge in the speech. 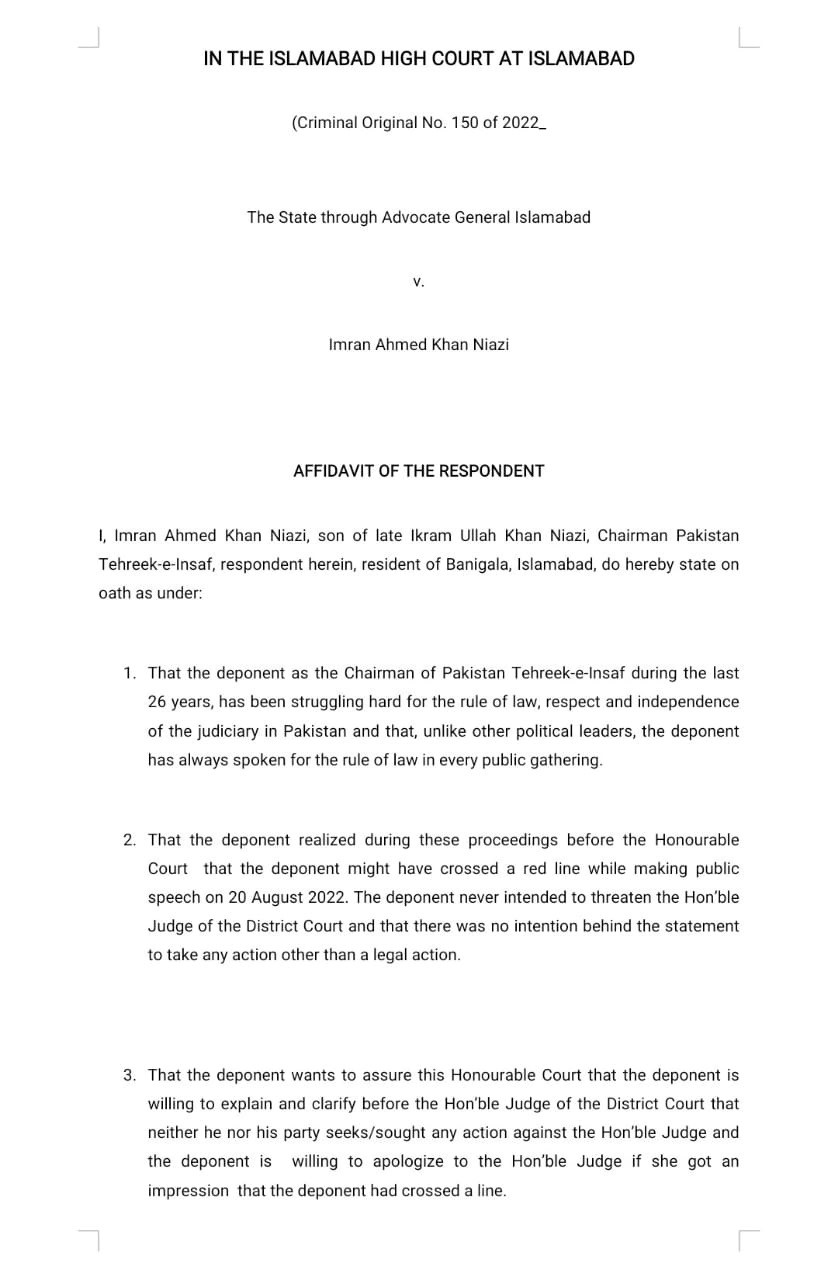 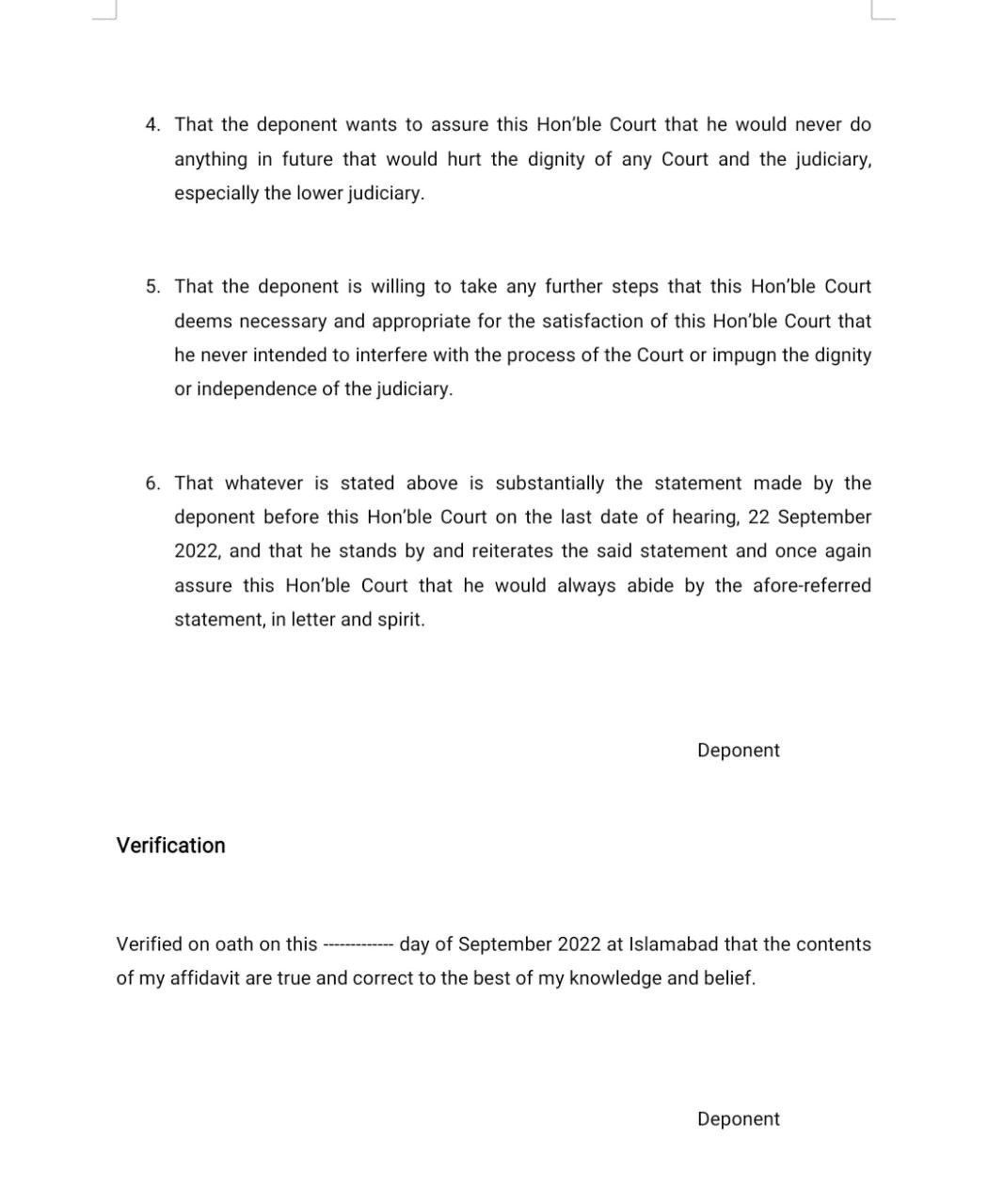 Submission of the affidavit by the PTI chief comes a day after he appeared before an Islamabad lower court to personally apologise to Additional District and Sessions Judge Zeba Chaudhry, who was not present there at the time.

On the PTI chief’s arrival, the police at the court closed the door for unauthorised persons. Imran was told that the judge was on leave. The ex-premier told the court reader to tell the judge that he had come to personally apologise to her.

Earlier, Imran’s personal submissions had narrowly secured him from indictment in the contempt case for threatening the judge as he expressed his willingness to apologise to her.

IHC Chief Justice Athar Minallah also appreciated Imran's statement thrice. In his statement, the PTI chief offered to tender an apology to the female judge thrice during the brief hearing.

PTI to 'shut down' Islamabad if Imran Khan arrested

Imran Khan again fails to show up at JIT