Why are climate activists calling for reparations?

The second coming of Fawad Khan: 5 much-awaited projects of actor to look forward to

From The Legend of Maula Jatt to Neelofar, Pakistani cinema's prince charming has announced five projects for release

A name well-known not only in the Pakistani entertainment industry but also worldwide, Fawad Khan has returned to screens with his stellar performances and timeless charm. The former singer also caught the limelight in Hollywood when he starred in the recently released Ms. Marvel, joining the Marvel Cinematic Universe. He played the role of Kamala Khan’s great-grandfather, Hasan, in the episodes set before the Partition of the sub-continent.

The heartthrob previously rose to fame on both sides of the border with hit TV dramas Humsafar and Zindagi Gulzar Hai. In 2014, he made his Bollywood debut with the film Khoobsurat for which he won the ‘Filmfare Award for Best Male Debut’, becoming the first Pakistani to win it. 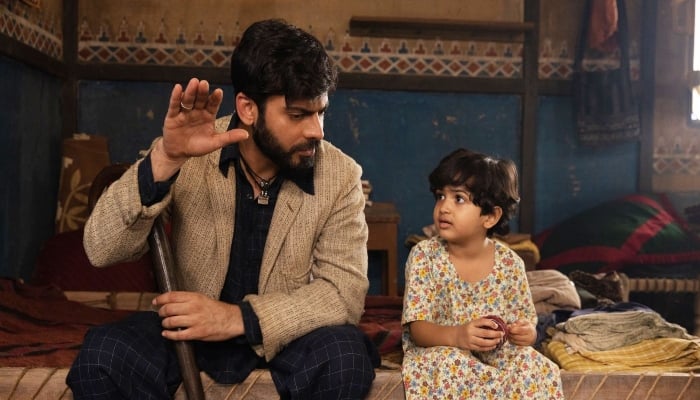 In a 2021 interview with Anupama Chopra, he revealed that he’s “been away for 5-6 years but when the dam breaks, it’s going to be a lot of stuff to watch.” The statement has clearly aged well, now that Pakistan's charming Khan has five projects set for release.

The Legend of Maula Jatt

A remake of the classic 1979 Maula Jatt, the film is a modern retelling of the legendary rivalry between Maula Jatt, a local hero, and Noori Natt, “the most feared warrior in the land of Punjab” according to the trailer’s caption. The film stars Khan as Maula Jatt alongside his Humsafar co-star Mahira Khan, along with Hamza Ali Abbasi playing the role of Natt.

With lavish sets, costumes designed to fit the historical era, and iconic dialogues, the film is said to be the most expensive Pakistani film made yet. The trailer showcasing the carefully-put together sets has already garnered more than 5.9M views since its release on 14 August 2022.

The film was initially set to be released in 2020 but the onset of the Covid-19 pandemic postponed it indefinitely. After multiple delays and a resolved lawsuit over copyright issues, the 10-year-long process of making the film has finally come to an end with the Punjabi film releasing on October 13 in cinemas worldwide.

In an Instagram post, Khan revealed the poster for his upcoming film Money Back Guarantee in which he’ll be sharing the screen with former cricketer, Wasim Akram. The film is directed by the actor and humorist Faisal Qureshi, known for directing comedy sketches and commercials.

Co-produced by the Kapoor & Sons actor himself, Neelofar is another upcoming film of his alongside Mahira Khan. The Raees actor plays the role of a blind girl which according to her, was her most-challenging role yet. 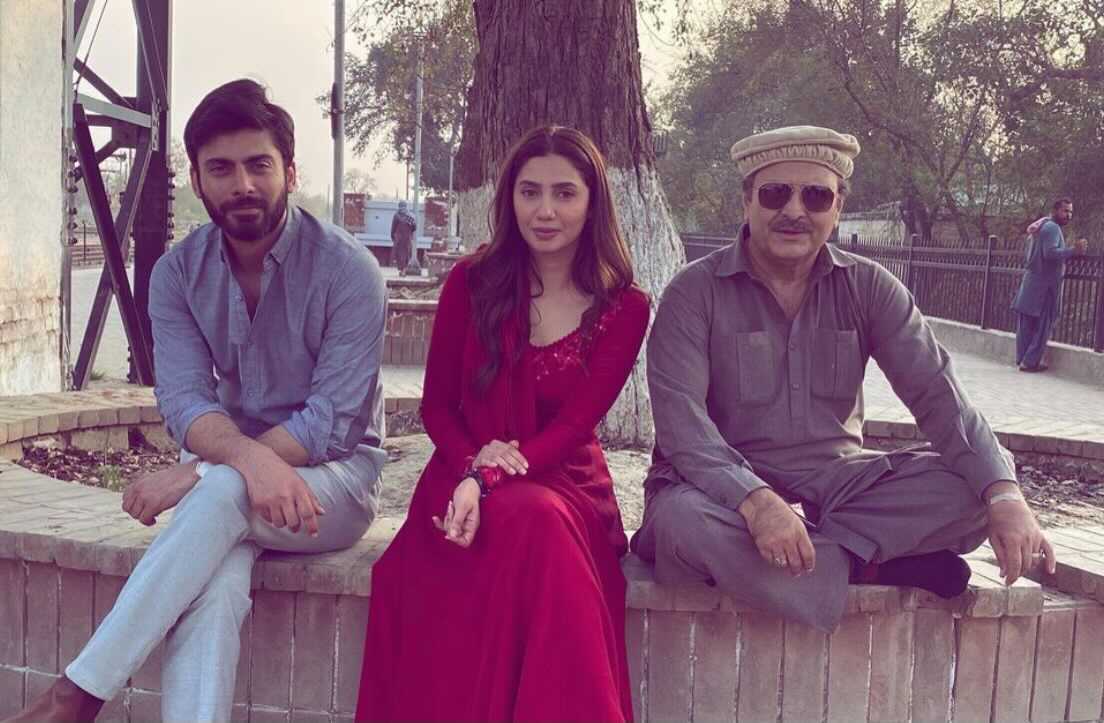 Written and directed by Ammar Rasool, the film also stars Madiha Imam as one of the main characters along with Samiya Mumtaz, Atiqa Odho, Behroze Sabzwari, and Gohar Rasheed. The shooting had begun before the Covid-19 outbreak but the pandemic postponed it. However, the team rose against the hurdles and wrapped its shoot on 9 December 2020 according to an Instagram post by Mahira.

Not many details have surfaced about this project but just the confirmation that he will share the screen with Sanam Saeed has left fans excited for this one. The on-screen couple had left fans mesmerised with their chemistry in the drama Zindagi Gulzar Hai and so, hopes are high for this one too. 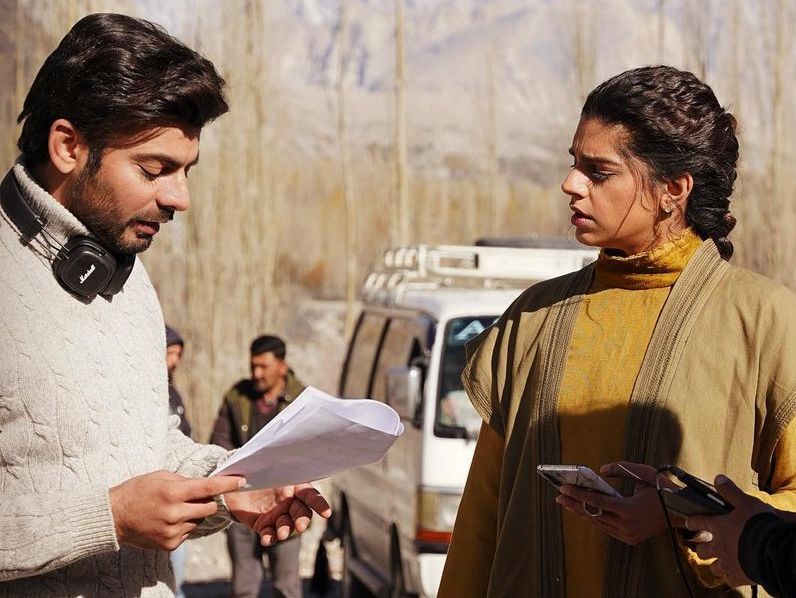 The Zee5 show is directed by Asim Abbasi, known for directing the feminist show Churails and the critically acclaimed film Cake. According to the recent interview with Chopra, the Dastaan actor will play the role of a single parent in the show, which is “a blend of supernatural with magical realism” and is about love and loss.

Khan remembered the shooting journey of the show as one where he “spent a great time together with most of them” and “after Kapoor & Sons”, this project was one where he felt like he had “made a family on set”. No release date has been announced yet.

Another project with the Bachaana actor Sanam Saeed, Aan is an upcoming feature film that will also star Zara Noor Abbas in a lead role. The film is directed by Haseeb Hasan and written by Umera Ahmed, also the writer for the drama serial Alif. 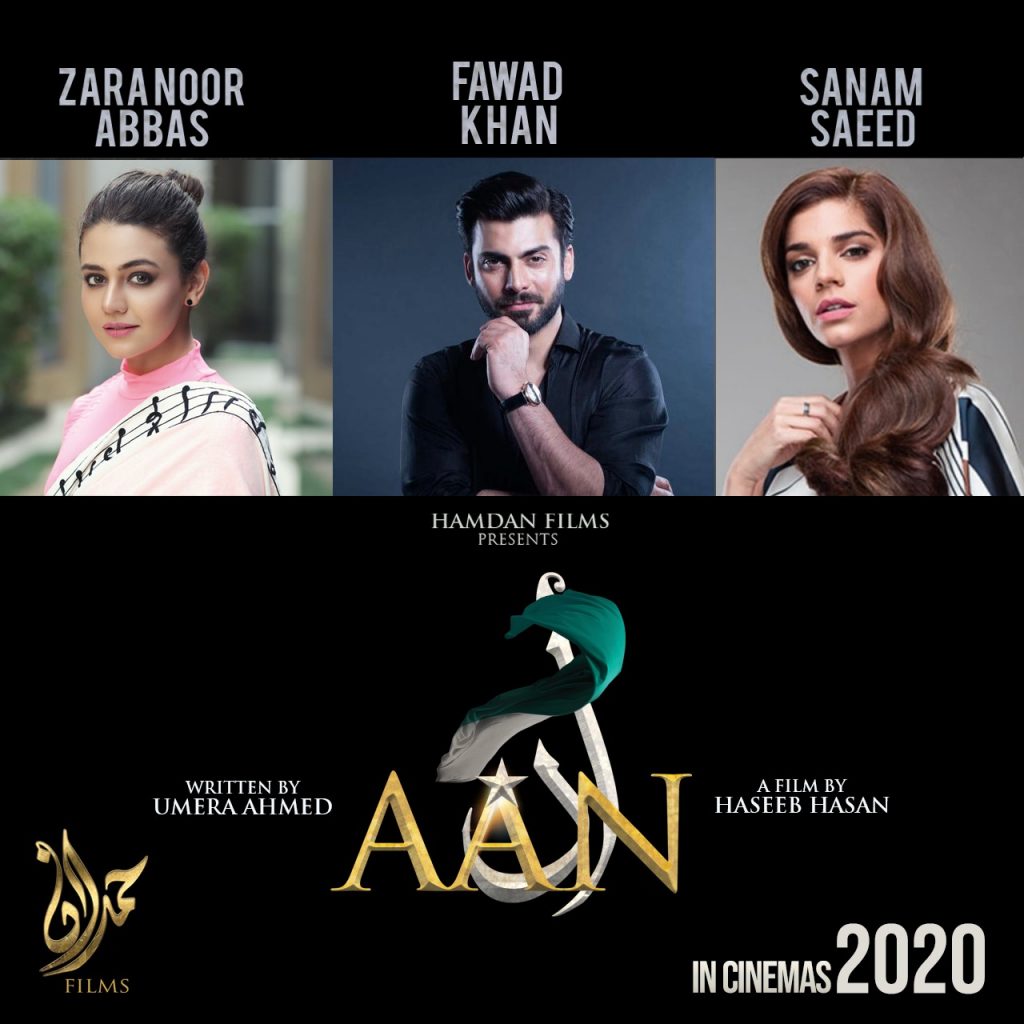 Though the project’s release date is not confirmed yet, the director has told that it will “capture a few historical events” and covers the themes of “love, patriotism, history, and humour”. The film will also star Nayyar Ejaz, Jawed Sheikh, Aly Khan, Navid Shehzad, and Naeem Tahir.