Protests flare across India over Islamophobic remarks by BJP members

In Uttar Pradesh, riot police fired tear gas at crowds in a street strewn with broken bricks and stones

Police confronted stone-pelting crowds in at least two Indian cities on Friday as crowds protested in many areas of the country over derogatory remarks about the Holy Prophet (PBUH) made by two former members of the ruling party.

Prime Minister Narendra Modi's government has faced a backlash from Muslims at home and abroad, including from a number of Gulf countries, after two officials from his Bharatiya Janata Party (BJP) made Islamophobic remarks. 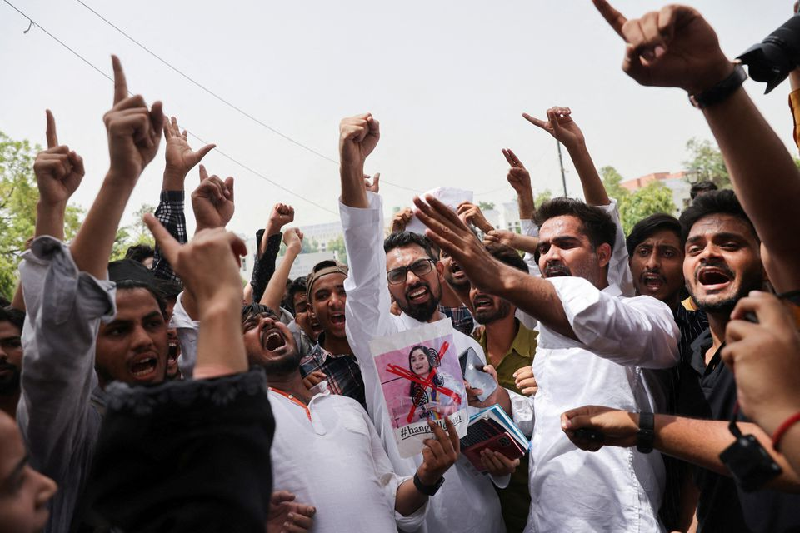 One of them, spokeswoman Nupur Sharma, has been suspended and the other official has been expelled by the party.

That has not calmed anger in the latest instance of what some in the minority Muslim community see as increased pressure under the rule of the Hindu nationalist BJP on issues ranging from freedom of worship to the wearing of hijab head scarves. 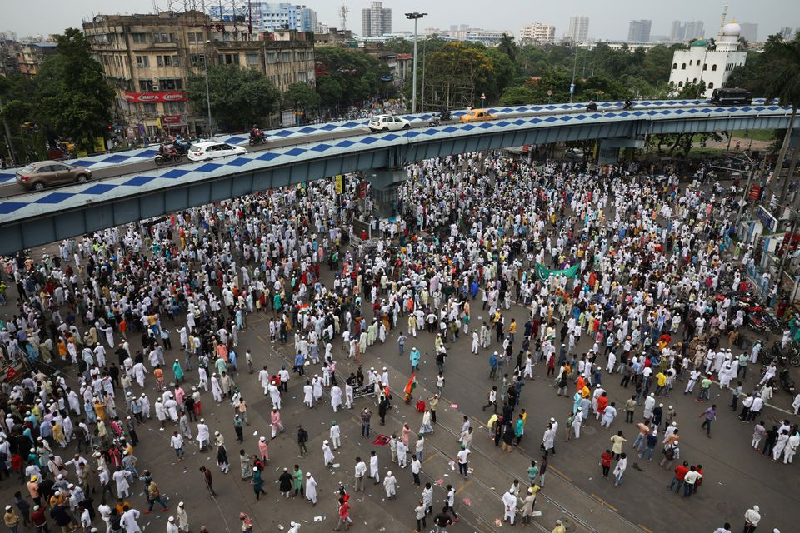 In the Uttar Pradesh city of Prayagraj, riot police with shields charged and fired tear gas at crowds on Friday in a street strewn with broken bricks and stones, video footage from Reuters partner ANI showed.

"Additional police forces have been deployed and strict action will be taken against those who are found responsible for this," said Prashant Kumar, a senior Uttar Pradesh police official.

Protests in other cities and town remained peaceful. 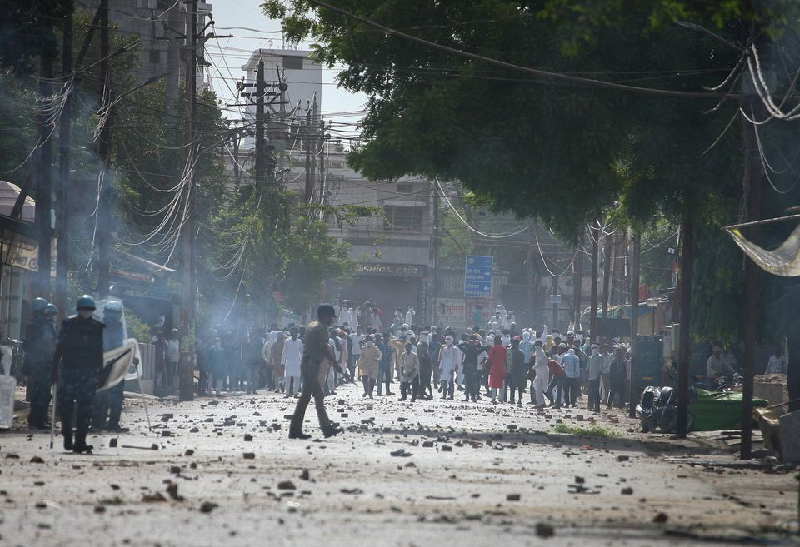 In the Muslim-majority region of IIOJK, small groups gathered in dozens of locations, some of them raising slogans against the fired BJP officials.

Authorities in the occupied territory cut off mobile internet connections to forestall any violence, a police official said.

In Ahmedabad, the main city in Modi's home state of Gujarat, protesters including children marched holding posters of the two BJP officials and calling for police to arrest Sharma.

"So far, no strict action has been taken against Nupur Sharma," said protester Mohammad Jabir. "She should be arrested as soon as possible."

Sharma was not available for comment. She said in a statement posted on Twitter last week that she did not intend to hurt anyone's religious feelings.

Police in New Delhi said on Thursday said they have filed a complaint against Sharma and others for "inciting people on divisive lines" on social media.

The BJP has instructed officials to be "extremely cautious" when talking about religion on public platforms and has said it does not promote insults against any sect or religion.