Specimens of the black deer bred in Fort Abbas by the Punjab Wildlife Department. After birth, they spend one year in pre-release pens where they can acclimate to the natural environment before their release into the wild. Photo: Express
LAHORE:

The population of black deer has begun to increase in Pakistan for the first time in 53 years.

In October 2020, 17 black deer were released into the natural environment in Fort Abbas tehsil of Bahawalnagar district, whose numbers are now increasing rapidly. Another group of 25 black deer was shifted from Lal Suhanra National Park to a Pre-Release Centre in Khairpur Tamewali, where the animals will become acquainted with the natural environment before being released into the wild.

Punjab Wildlife Department had initiated the project in 2000, with the support of the Pakistan Army. Bahawalnagar District Wildlife Officer Zahid Ali said while talking to The Express Tribune that the areas from Fort Abbas to Fort Drawar and Khairpur Tamewali are natural habitats for black deer, but in 1967, the species became extinct. At that time it was decided that they should be bred in artificial environment and then released into the wild. For the purpose, black deer were released in Lal Suhanra National Park where they started breeding. Zahid Ali said that the main goal was to return the black deer to its habitat.

Pre-release pens were built with the help of the Pakistan Army. For the first time in November 2019, a group of black deer was relocated to Khairpur Tamewali. Natural grass was cultivated and ponds were made in the pens for the deer to eat and drink. The deer were conditioned to stay in the pens and survive for one year, simulating survival in the wild. In September 2020, they were transferred from Khairpur Tamewali to another pre-release pen made in Fort Abbas so that they could get acquainted with the natural environment there.

After a few months, 17 black deer were released into the wild for the first time. "Before we left them in the natural environment, we built water ponds at various places in the area," Zahid said. He maintained that different types of natural grass have also been cultivated there. There is a monitoring system for the animals, with several checkpoints manned by the Army and Rangers to deter poachers. 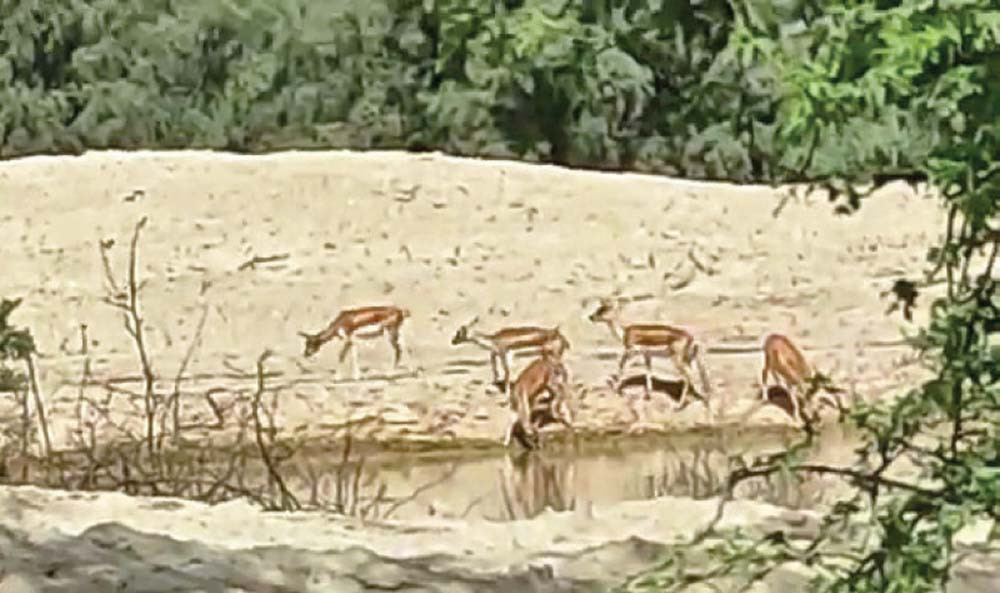 According to Zahid Ali, the population of black deer released over a period of one and a half years has increased. The animals live separately in three groups and roam freely in an area of about 30 to 40 kilometres.

No animal has died and or been hunted thus far. According to wildlife officials, regular monitoring is being carried out after the release of black deer in the natural environment. Special attention is being paid to their food and water in the area, as water scarcity was the cause of their extinction in the 60s. Black deer would approach human-populated areas in the search of water and would be hunted.

Officials confirmed that another group of 25 black deer were transferred from Lal Suhanra National Park to Khairpur Tamewali Pre-Release Pen. Here, like the first group, they will be accustomed to the natural environment and released into the wilds of Cholistan after one year.