Betty White has a last laugh in biographic comic book

A page from a biography comic book tracing the life of Betty White is seen in this handout image obtained by Reuters on January 4, 2022. TidalWave Productions/Handout via REUTERS

The life of comedic actor Betty White is being celebrated in a new biographical comic book.

White, who would have turned 100 on Jan 17, capped a career of more than 80 years by becoming America's geriatric sweetheart. She died on Friday in her sleep at her home, according to her agent.

From her early days in television to her iconic role on The Golden Girls and her social media fame, the 30-page comic by TidalWave Productions traces her Hollywood journey. The book will be available both digitally and in print and can be found on multiple platforms such as Amazon.com. 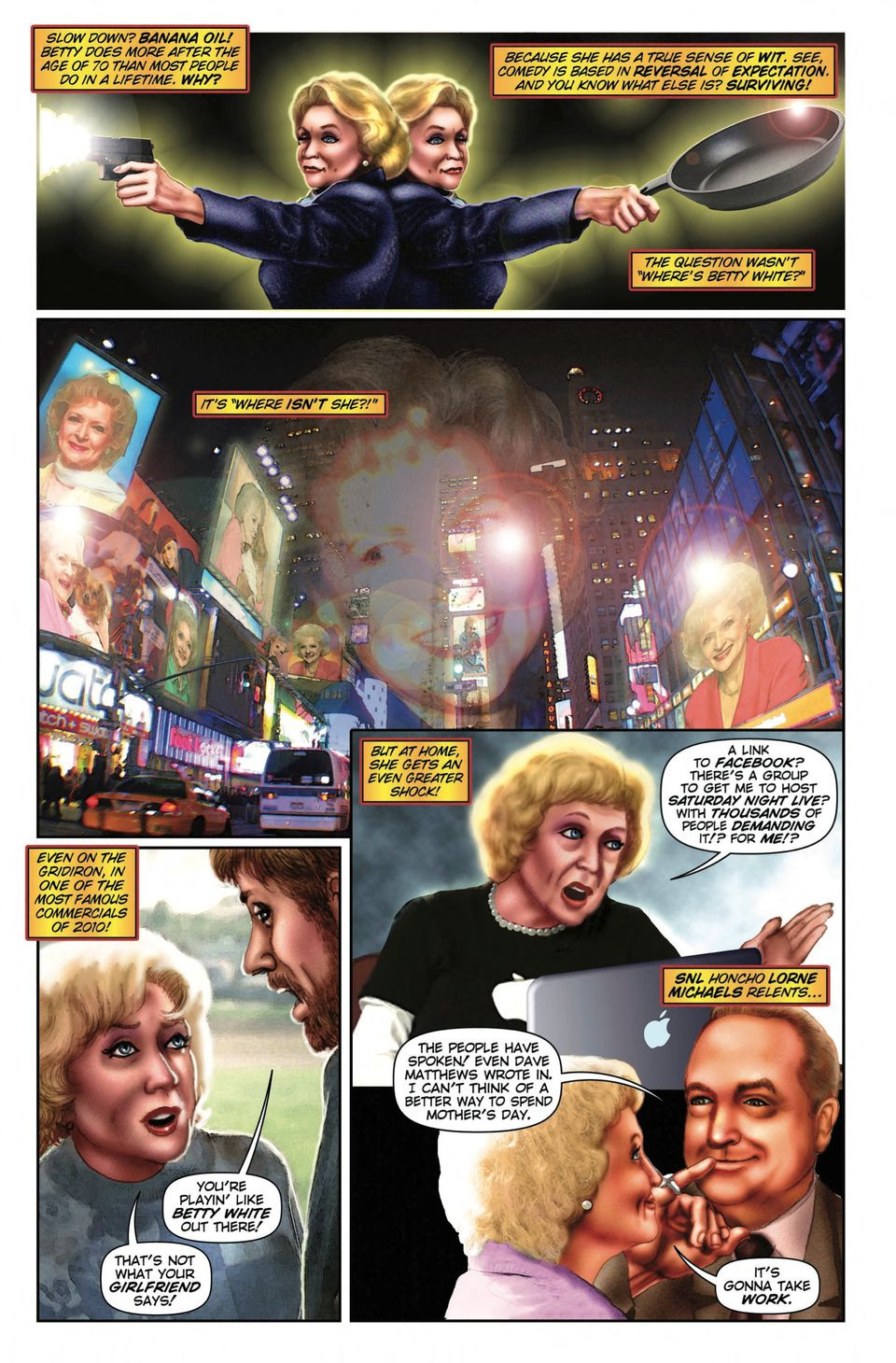 White won best-supporting actress Emmys for her role on the The Mary Tyler Moore Show in 1975 and 1976. She won another Emmy in 1986 for The Golden Girls, a sitcom about four older women living together in Miami that featured an age demographic rarely highlighted on American television. White also was nominated for an Emmy six other times for her portrayal of the widowed Rose Nylund, a sweet, naive and ditzy Midwesterner, on the show, which ran from 1985 to 1992 and was one of the top-rated series of its time.

White, who had no children, worked for animal causes. She once turned down a role in the movie As Good as It Gets because of a scene in which a dog was thrown in a garbage chute.

Bill on protection of women against workplace harassment becomes law