Chairlift, Nilgai among many attractions in newly inaugurated park

A view of the newly inaugurated Miracle Garden in Rawalpindi. PHOTOS: EXPRESS
RAWALPINDI:

The Army Heritage Foundation opened the ‘Miracle Garden’ in Ayub National Park for the general public. Five babies of Nilgai cow were taken out of the cage and presented to the visitors. An international standard waste recycling plant has also become functional in the park.

He said that the park has 94 types of colourful flowers on all sides which offers the concept of a glow park at night as interior and exterior parts of the park have been decorated with different lights.

He said that the Army Heritage Foundation took charge of the park in 1999. When the Islamabad Marghazar Zoo was closed, 50 animals were moved to Ayub Park and three Nile cows gave birth to five calves which were kept in a special environment, he added.

He said the chairlift has also been installed at the park while an army museum has been built and the Pakistan gallery is under construction.

He added that around 0.1 million people visit the park on special occasions while it is sprawled over 0.1 million square feet area while there are 140 cameras installed for security.

Major (retd) Arshad, in charge of the army museum, said that weapons from the era of Turks, Muhammad Bin Qasim, and the innovations in the Pakistani forces since World War-II to the present day have been kept in the museum.

He said the army museum contains interesting information about the history of all, including the martyrs of the army and the activists of the independence movement.

He said that the waste collected in the park is being recycled by dividing it into three parts for which modern recycling plants have been set up in Ayub National Park.

He said that swings for children were made from this waste while arrangements have also been made to make fertiliser for the plants from the uprooted grass.

He said that according to the prime minister’s green and clean Pakistan vision, millions of trees would be planted in Ayub National Park.

He added 1,100 to 2,500 saplings were being planted in one kanal while three Miyawaki forests have also been grown in the park where the trees have grown over 16 feet tall in three months.

He said that 0.15 million trees were cut down for construction purposes in Ayub National Park while they have set a target of planting 0.3 million trees as a replacement. 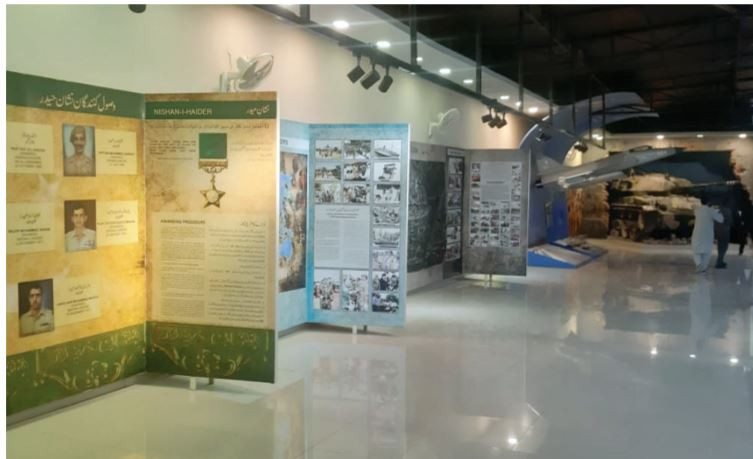 A view of the newly inaugurated Miracle Garden with an enclosure for Nilgai and a museum gallery at Ayub Park in Rawalpindi. PHOTOS: EXPRESS

Fawad Chaudhry: From pragmatism to populism