‘Increase tax on tobacco to save youth’ 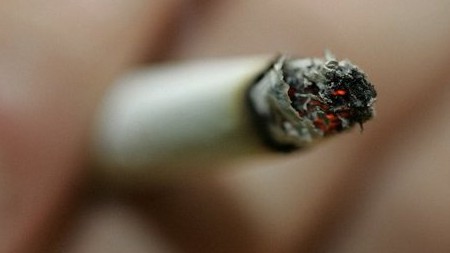 It is a well-known fact that of all the addictions afflicting the world, tobacco addiction or rather cigarette addiction is the worst and despite health warnings and restrictions of smoking in public packs and gruesome images on cigarette packs it does not deter people, especially the younger, generation to kick the habit.

Tobacco companies make billions of dollars even after paying heavy taxes but still, the industry is flourishing. In this regard, the Society for Protection of Rights of the Child (SPARC) organised a virtual launch of “Tobacco Tax Reforms Model in light of Health Cost Burden” the other day.

Campaign for Tobacco-Free Kids (CTFK) Country Head Malik Imran Ahmad stated that the smoking-attributable direct cost is 8.3 percent of the total health expenditures, which amounts to 1.6 percent of Pakistan’s GDP.

In comparison, the total tax contribution of the tobacco industry (Rs120 billion in 2019) is only around 20 percent of the total cost of smoking.

He further added that the current tax structure enables the tobacco industry to sell cheaper cigarettes. Considering the economic and health costs of tobacco consumption, an increase of four to five times the current tax rate is strongly recommended.

However, as a start, the Federal Board of Revenue (FBR) must raise excise taxes to meet the WHO’s recommended threshold of 70 percent of the retail price of a cigarette pack, he added.

SPARC Programme Manager Khalil Ahmed said the low prices of tobacco products make them affordable for youth that cigarette prices in Pakistan are among the lowest in the world.

Currently, the effective excise tax rate on cigarettes is still the same as it was five years ago due to no change in the federal excise tax and increases in nominal income and inflation.

Due to such easy affordability, around 1,200 children between the ages of six and 15 start smoking in Pakistan every day.

Ministry of National Health Services, Regulation and Coordination Parliamentary Dr Nausheen Hamid, as a guest note speaker shared that 30 million adults (age 15+) or about 19.1 percent of adults currently use tobacco in Pakistan. This consumption is the leading cause of deaths due to cancers, chronic respiratory diseases, and cardiovascular diseases. She shared the alarming statistics that in 2017, tobacco use killed an estimated 170,000 people. 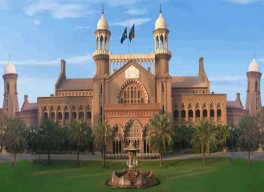 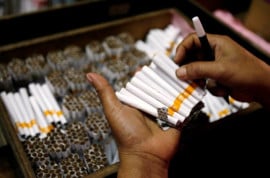