Parliament announced the election on Sunday 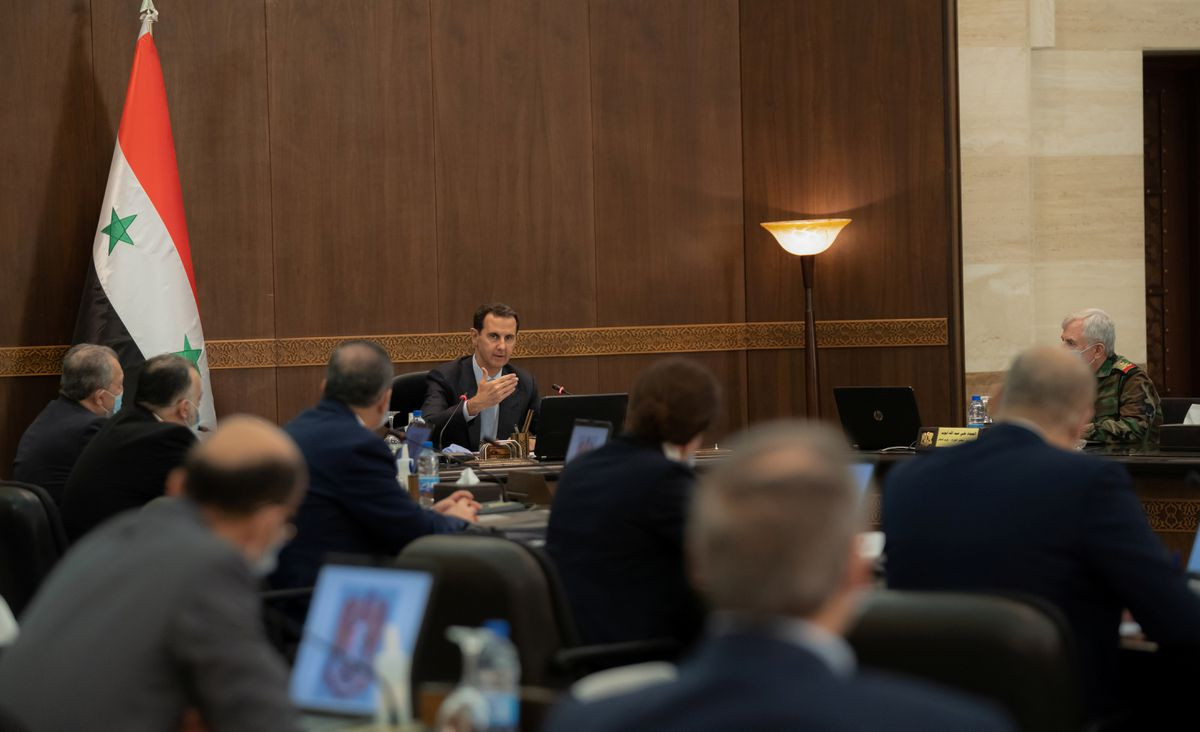 Syria's President Bashar al-Assad speaks as he meets with the Syrian cabinet in Damascus, Syria in this handout picture released by Sana on March 30, 2021. SANA/Handout via REUTERS

Syrian President Bashar al-Assad on Wednesday submitted documents to run for a third term in an election scheduled for May 26, parliament's speaker said on state media.

Parliament announced the election on Sunday. Washington and the Syrian opposition have denounced it as a farce designed to cement Assad's authoritarian rule.

Assad's family and his Baath party have ruled Syria for five decades with the help of the security forces and the army, where his Alawite minority dominates.

This year is the 10th anniversary of a crackdown on pro-democracy protesters which triggered a civil war that has left much of Syria in ruins.

The multi-sided conflict has sucked in world powers, killed hundreds of thousands of people and displaced millions more, but is now nearing its end with Assad, supported by Russian and Iranian allies, back in control of most of the country.

Candidates must have lived in Syria for the last 10 years, which prevents opposition figures in exile from standing.