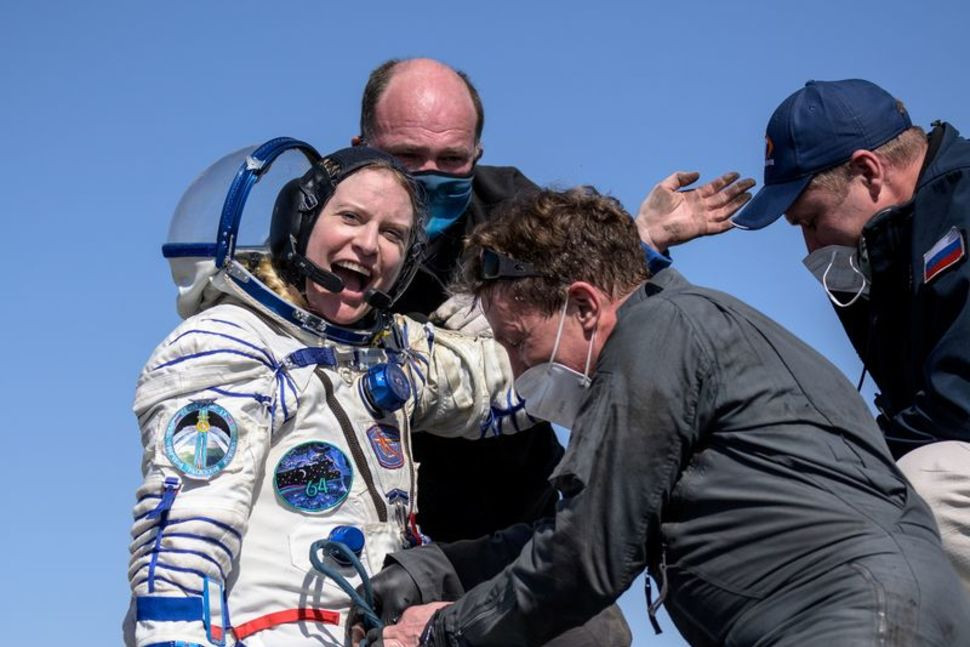 The Soyuz MS-17 spacecraft carrying NASA astronaut Kate Rubins, a microbiologist who in 2016 became the first person to sequence DNA in space, and Russian cosmonauts Sergey Ryzhikov and Sergey Kud-Sverchkov landed in Kazakhstan at 0455 GMT.

The three had been at the space station since mid-October 2020.

Their mission was the last scheduled Russian flight carrying a US crew member, marking an end to a long dependency as the US revives its own crew launch capability in an effort to drive down the cost of sending astronauts to space.

NASA has also awarded billionaire entrepreneur Elon Musk's space company SpaceX a $2.9 billion contract to build a spacecraft to bring astronauts to the moon as early as 2024.

NASA said the lander will carry two American astronauts to the lunar surface.

SpaceX will be required to make a test flight of the lander to the moon before humans make the journey, NASA official Lisa Watson-Morgan told reporters.