Based on analysis of global travel documents, the 'Henley Passport Index' gives Pakistan the dubious honour

Pakistan has garnered the dubious honour of having the fourth weakest passport in the world behind only war-torn Syria, Afghanistan and Iraq, according to the Henley Passport Index.

The index assesses the travel documents based on how many countries citizens can access without a visa, as well as, using information from the International Air Transport Association.

However, it does not factor in any temporary pandemic-related travel restrictions. 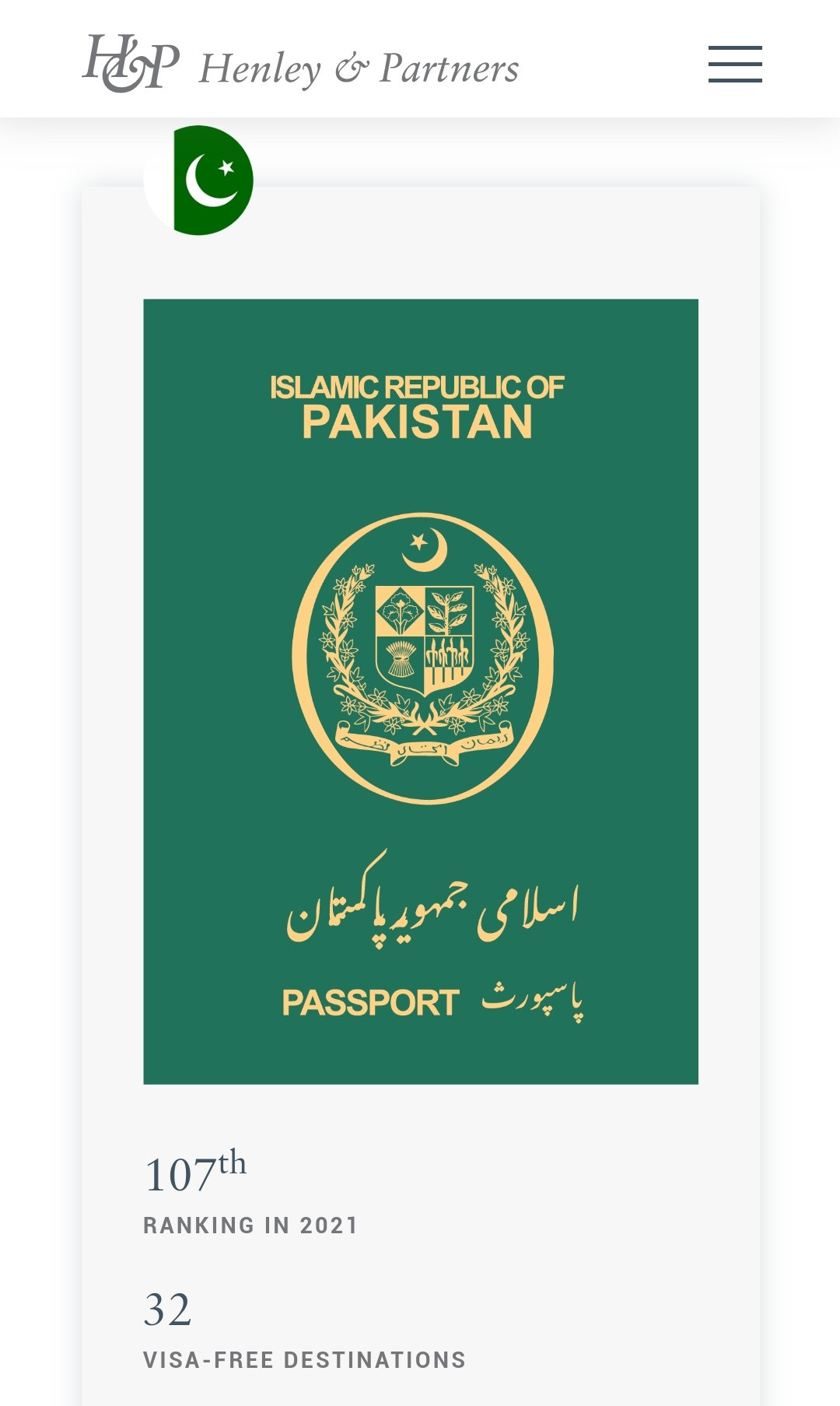 Interestingly, despite a military coup, Myanmar has secured the 94th spot in the index with access to 47 destinations whereas India and Bangladesh stand at the 84th and 100th ranks, respectively.

European Union (EU) countries make the majority of countries ranked on the top 10 list of the Henley Passport Index. The report reveals that the United Kingdom (UK) and the United States (US) have dropped down to seventh place, together with Switzerland, Belgium, and New Zealand. 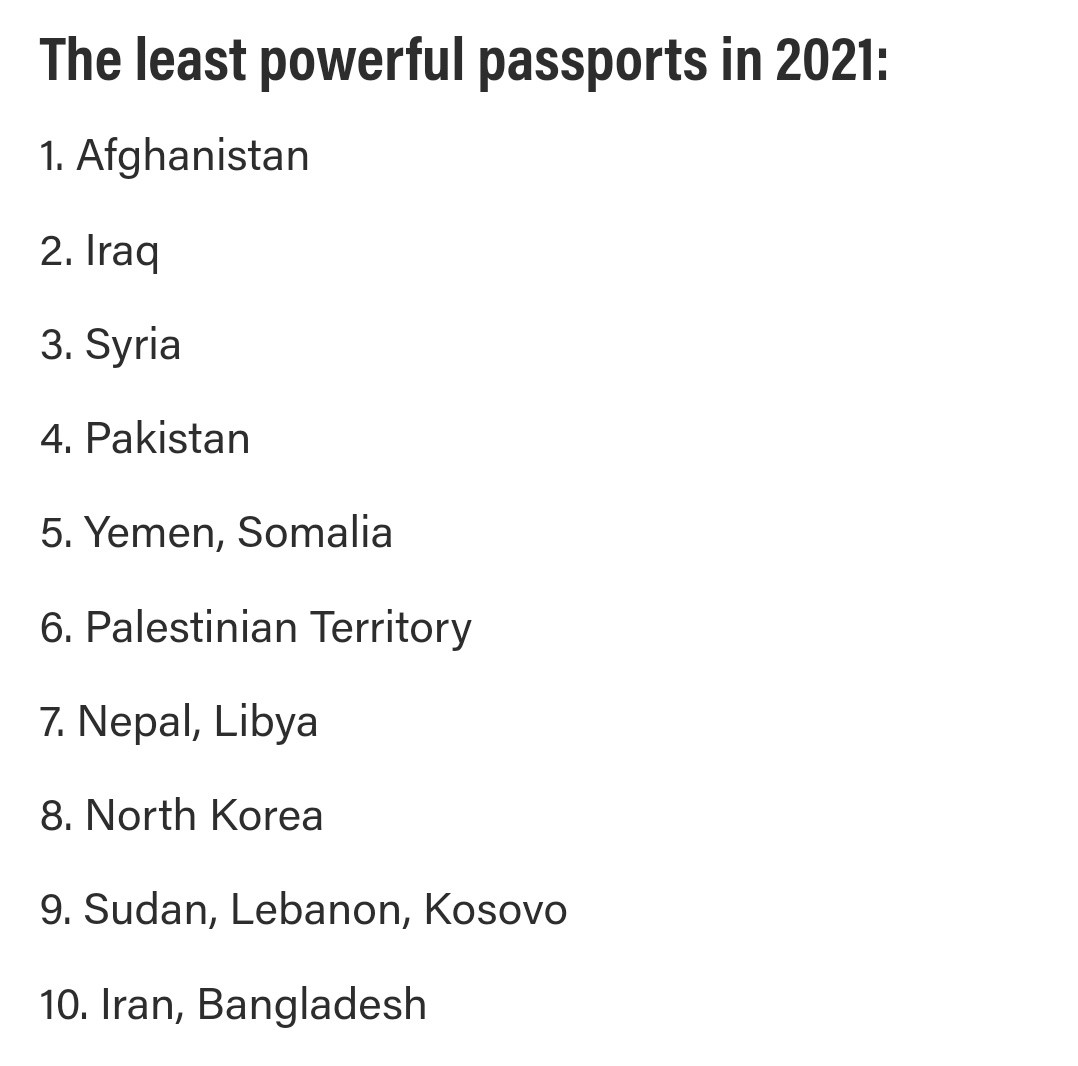 Among other countries, the passports of which are ranked among the most powerful are Italy, Finland, Luxembourg, France, Spain, Netherlands, Ireland, Sweden, Malta, Greece, and Norway.

The gap between Japan that holds first place and Afghanistan’s access to other countries is 167.