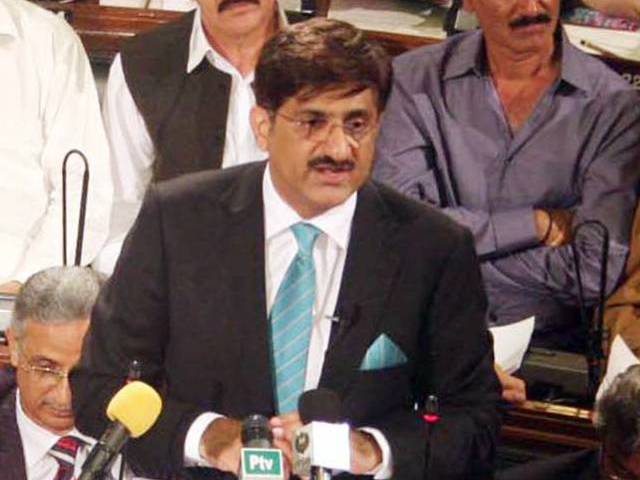 The ruling Pakistan Peoples Party (PPP) and other mainstream parties of Sindh expressed dismay on Monday over the Council of Common Interests’ decision to approve the controversial 2017 census results.

After three years of controversy and difference of opinions, the matter was dragged before the CCI - a constitutional forum that resolves issues between federation and provinces - last week. The meeting, chaired by Prime Minister Imran Khan, failed to reach a consensus, however.

Sindh Chief Minister Syed Murad Ali Shah, for instance, called the 2017 census, "a big manipulation". He maintained that the population of Sindh and its capital, Karachi, was shown as significantly low. However, despite the PPP-led Sindh government's reservations and other political parties raising objections, the Pakistan Tehreek-e-Insaf-led federal government and the CCI approved the 2017 census.

Federal Minister Asad Umar announced on Monday that a fresh census would be conducted by this year's end.

"Not only Sindh, but other provincial governments have had reservation over the census. CM Sindh has submitted dissented note at the meeting. Sindh government in pursuance of Article 154(7) of the Constitution will take the matter to Parliament," [sic] wrote Sindh government spokesperson Murtaza Wahab on his official Twitter handle, shortly after the federal minister's announcement.

In Sindh it was not just the PPP but also the Muttahida Qaumi Movement-Pakistan, which forms the PTI's coalition government in the Centre, the Jamaat-e-Islami (JI) Pakistan and the Pak Sarzameen Party have also been calling for the 2017 census to be updated. They have all claimed that the population of the metropolis in particular has been miscounted.

"Following the hue and cry by political parties and the Sindh government, the Centre had agreed that five percent [of the] census blocks would be verified, but this also never happened," said the Sindh CM's spokesperson. "The exclusion of all of migrants and illegal residents in Sindh [is] going to cause reduction of an average Rs50 billion per year from the federal divisible pool in Sindh's share," said PPP Senator Taj Haider, who heads the census and election cell of his party.

Meanwhile, the MQM-P, which had once challenged census results in court also expressed its reservation over the approval of the 2017 census. But the party welcomed the federal government's decision to hold a fresh census by the end of 2021. "We don't endorse the decision made by the federal government to approve the census results. It was the MQM-P, which protested against the bogus results and took up the issue with the prime minister too," said MQM-P stalwart Faisal Subzwari, speaking on behalf of his party. "

[However] it's good that the government has given a new date for a fresh census," he added. Scoffing at the MQM-P's stance, JI's Naeeumur Rehman dismissed the MQM-P's objections as a drama. "On the one hand they reject the 2017 census results, on the other they welcome the government's decision," he said, adding that Karachi is a city of 30 million people but has been shown as one of 16 million in the 2017 population count.

The city has been meted out injustice over the past 70 years, he decried. The JI leader added that this would not change until its population is accurately tabulated. Similarly, PSP chief Mustafa Kamal also accused the PTI of "backstabbing" the people of Karachi by approving a census that showed an "incorrect" population count. "We will continue our protest at each forum against the decision," he remarked.

Pakistan Tehreek-e-Insaf's member of provincial assembly Khurram Sher Zaman said in a statement issued on Monday that the Council of Common Interest's decision regarding the population census was a welcome one. The government of Sindh failed before the fair population census, which proved that Pakistan Peoples Party had deceived citizens through a wrong census, he claimed, adding that every action of the PPP-led Sindh government was motivated by its personal interests. However, he added, Karachi's reservations regarding the census were genuine.