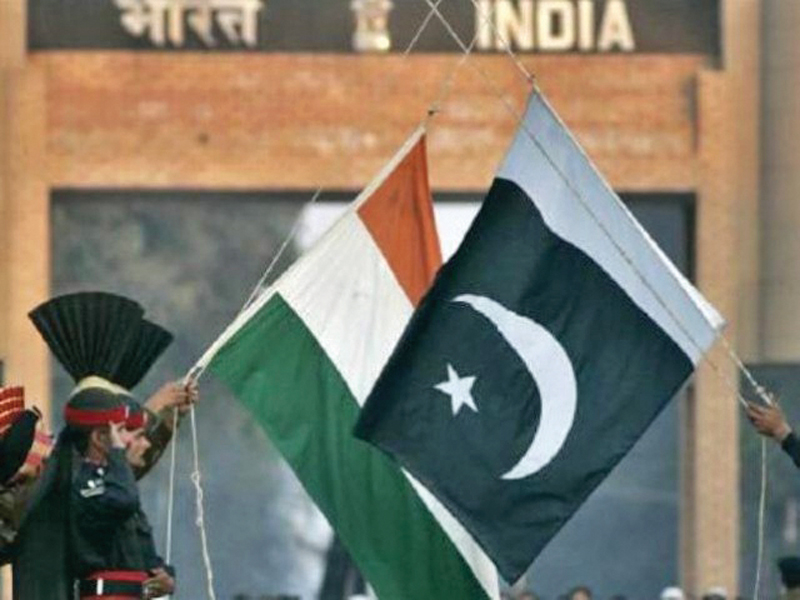 Experts while speaking at a webinar on Saturday urged the governments to reactivate the South Asia Association of Regional Cooperation (SAARC) to curb the militancy and terrorisms, bilateral conflicts and transboundary challenges confronting the region because of climate change.

Occupied Kashmir is the flashpoint between the two nuclear nation-states where violation of human rights are at its peak.

The panel of experts urged the non-democratic forces to give a chance to people to strengthen democracy and democratic institutions within their countries.

Democracy ensures basic human rights that lead to peace in society. But, unfortunately, the hegemonic approaches and decision-making of the governments have excluded the voices of the people. Only the vested interest prevails at the cost of human rights, they added.

The Development Communications Network (Devcom-Pakistan) organized the webinar on the theme “Ensuring human right for peace in the region”.

"Hatred is the political slogan to win vote bank while the region is suffering from poverty, hunger and the impact of climate change. A just and strong parliamentary system will ensure the fair distribution of resources ultimately addressing human rights. Democratic governments are less likely to go to war."

"We have seen lately the adverse impact of hybrid democracy. The state institutions need to understand the importance of people’s voices and concerns. Even the Supreme Court of Pakistan has stressed the freedom of expression but media-bashing is on. Now, the citizens are barred from the right to criticism, too."

Devcom-Pakistan Director Munir Ahmed said the countries need to ensure citizens participation in the decision making for the maturity of the political process. "Fair distribution of resources and just policies shall bring the socio-political equilibrium to ensure human rights. Women and marginalised communities and segments are under severe stress. Bilateral and multilateral conflicts are nowhere on the priority agenda of the governments."

He said the only regional platform SAARC is dormant for years.

"In the absence of SAARC, what else could be the platform to discuss the regional frameworks of collaboration on militancy, terrorisms and transboundary climate impact and water scarcity," Ahmed said we need to learn from China that has successfully integrated trade and commerce issues with the development of the region in a broader framework of cooperation. India shall support the revival of SAARC with the human rights watchdog established within to get a favoured nation status and global appreciation."

"The National Commission of Human Rights (NCHR), a statutory body under the parliament of Pakistan, has been abandoned for the last three years. In the first three years, the Commission investigated the facts to develop 35 reports on a variety of issues for the government to act upon accordingly under the guidance of Pakistan’s constitution. They all are dusting in the shelves."

Human Rights Commission of Pakistan General Secretary Harris Khalique said the dissenting voices were taken as anti-state and are being considered even today.

"Militancy is a common challenge for all the countries but no joint action plan exists. Any rights-based campaign in India would be considered as pro-Pakistan or vice versa."

Desert Resource Centre (India) Founder Director Anshul Ojha said the climate impact is the biggest threat to the people in the region including water scarcity at the top challenge.

"Unfortunately, there is no information portal for the SAARC countries to know the potential threats. Desert communities and the poor are suffering much more than anyone else."