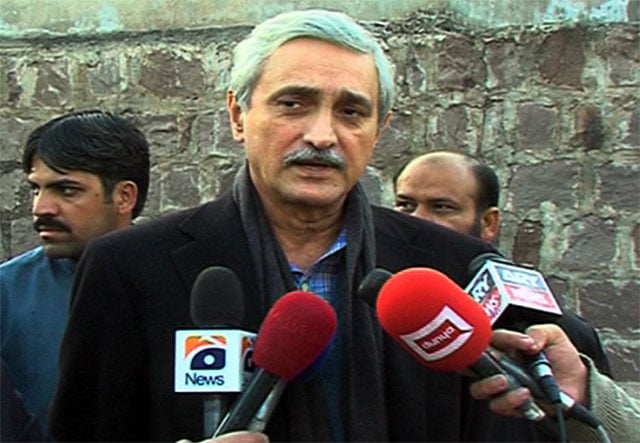 Jahangir Tareen – once known as the ruling Pakistan Tehreek-e-Insaf (PTI) troubleshooter – is facing a tough time by the federal government for the last couple of years.

Currently, he and his son Ali Tareen are facing an investigation conducted by the Federal Investigation Agency (FIA) into the sugar scam. Both obtained pre-arrest bails.

It is learnt that Tareen is wondering why he is being targeted and what he has done wrong with Prime Minister Imran Khan.

The most painful thing for him is that his party booked his son and other family members in the money laundering and fraud case.

The same did not happen during the PML-N era when Tareen was the architect of Panama litigation against the Sharif family, which resulted in the ouster of the then prime minister Nawaz Sharif in July 2017. However, at that time, Tareen was unaware that he would be disqualified as a lawmaker for lifetime after five months.

The Supreme Court ousted Tareen on similar grounds, which became the cause of Sharif's disqualification.

Both were disqualified on the concealment of their particular assets in the nomination papers submitted with the Election Commission of Pakistan.

PML-N leader Hanif Abbasi had sought Tareen’s disqualification on several grounds such as tax evasion, insider trading, writing off loans and concealment of his house in the United Kingdom (UK) in his nomination papers

However, the apex court only gave finding on concealment of his house. Unlike Sharif’s case, the SC did not pass direction to any investigation agency to probe against Tareen.

Tareen claims that he supported Imran Khan in bringing him to power more than anyone else.

Also read: Accountability of own people is painful: Akbar

Since joining the PTI in November 2011, he remained the major fund contributor in the party. His plan and helicopter were used in the 2013 general elections.

Subsequently, soon after the elections, Tareen was the main organiser in the 2014 sit-in in front of parliament, which continued for more than 100 days.

Later, when an inquiry commission led by then chief Justice Nasirul Mulk was formed to probe the PTI allegations of rigging in the 2013 general elections, it was Tareen who hired a legal team led by late Hafeezuddin Peerzada to contest the party’s case.

After his disqualification as a lawmaker in December 2017, Tareen started efforts to bring electables into the PTI. After the 2018 elections, Tareen’s services were used to get support of independent candidates for both the Centre and the Punjab government.

Tareen was a guarantor in making deals with the PML-Q as well as the BNP-Mengal. Both the parties joined the federal government.

After the formation of the PTI government, Premier Imran gave some responsibilities in the federal and Punjab to Tareen.

Tareen was not satisfied with the performance of Finance Minister Asad Umar. On his recommendations, the PM reshuffled the cabinet for the first time in April 2019. Umar was replaced with Hafeez Shaikh as the finance minister on Tareen's recommendation.

In the meanwhile, a tug of war started between Principal Secretary to PM Azam Khan and Tareen on administrative issues.

Likewise, the relationship between PM Imran and Tareen did not remain as cordial as it was before the 2018 elections.PM orders inquiry into sugar, wheat crisis.

Tareen alleged that main purpose of that inquiry was to target him. The sugar commission report was challenged in the superior courts by sugar mill owners. However, they failed to get relief from the courts.

Subsequently, Tareen fled to the UK. After seven months in November 2020, he returned to Pakistan.

At that time, Tareen was in contact with PM Imran.

Even close aides of Tareen revealed that Imran had promised to give a ticket to his closest fellow Ishaq Khakwani for the Senate election in Punjab. However, the word could not be kep.

Cause of fresh tensions

It is learnt that the victory of former prime minister Yusuf Raza Gilani in the Senate election is the main cause of new tension between Tareen and PM Imran.

There are allegations that Tareen’s plane was used for the campaign of Gilani.

On the other hand, close aides of Tareen claim that he supported Hafeez Shaikh for the senator’s seat in Islamabad. Regarding the use of his plane, they say that PPP South Punjab President Makhdoom Ahmed Mehmood is 49 per cent shareholder in the JWD Group which owned that plane. Mehmood is also the brother-in-law of Tareen.

It is learnt that soon after the victory of Gilani, powerful circles advised PM Imran to involve Tareen in the vote of confidence move.

Tareen came to Islamabad forthwith to make the confidence move successful in parliament.

Suddenly, the FIA intensified its proceedings against Tareen and his family members. Both Hafeez Shaikh and Nadeem Babar, who became advisers to the PM on Tareen’s recommendation, were ousted on different charges.

During the last cabinet meeting, it is learnt that a few ministers spoke in favour of Tareen. Even Umar told the PM that there is perception that the government is targeting Tareen in the sugar scam. However, the PM rejected it.

It is learnt that Tareen believes that he is being made a scapegoat for making the PTI narrative of accountability successful.
Tareen already evolved a strategy on both legal and political fronts. On the legal side, he hired well-reputed lawyers namely Salman Safdar, Ahsan Bhoon, Sikandar Bashir Mohmand and others to plead his case on legal fronts.

Similarly, on the political front, he will focus on South Punjab which is being neglected by the PTI, says a close aide of Tareen.

He ruled out any possibility to join any political party, saying: “We still have stakes within the PTI rather than the outside”.

It’s also a fact that despite facing a tough time by the civilian government, the relationship between Tareen and top brass of the establishment remained cordial.

Political analysts believe that though Tareen is ready to confront PM Imran but he will never do anything against interest of powerful circles. 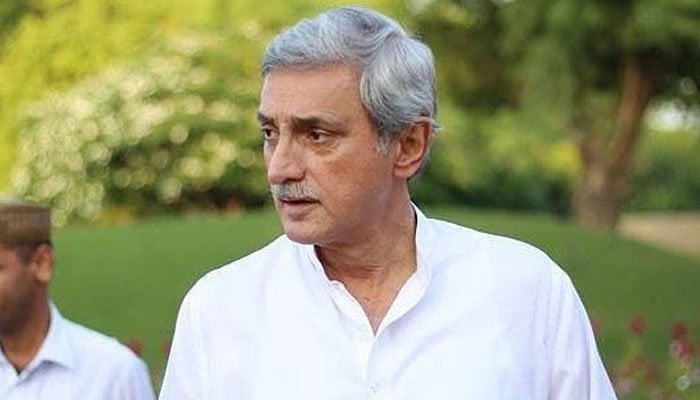