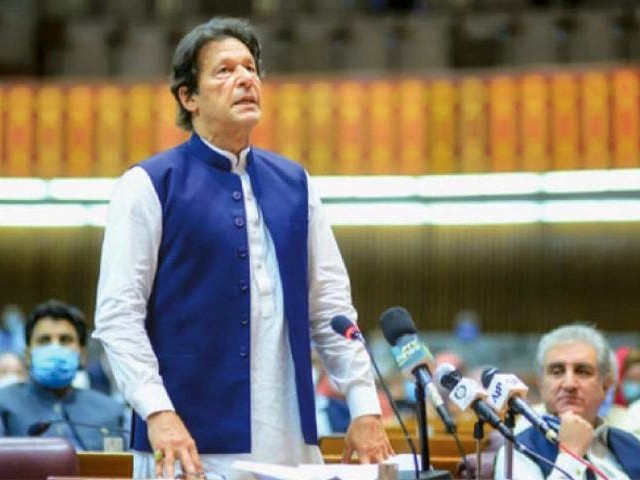 Prime Minister Imran Khan has stopped the federal government’s spokespersons from issuing statements about the Pakistan Democratic Alliance (PDM), an opposition parties’ alliance that is now in shambles due to a widening rift between two of its major component parties.

Chairing a meeting of the spokespersons on Monday, the premier laid emphasis on highlighting various relief measures of the federal government including its ongoing crackdown against the sugar mafia, said sources privy to the meeting.

According to the sources, the participants discussed the current political situation of the country. The premier, they said, asked the spokespersons not to respond to the statements of the opposition leaders and rather to highlight the performance of the government.

“Don’t pay heed to the opposition,” the premier was quoted as saying.

Imran Khan said for the first time a government is taking a comprehensive and strict action against the sugar mafia including those involved in hiking prices of the commodity through speculation.

“We have approved a proposed legislation to introduce one-window operation against those involved in speculation,” the PM said, adding that “sugar will be available at a cheap price this Ramazan.”

The premier also formed a special committee with regard to media affairs.

The committee comprising Minister for Information Shibli Faraz, Minister for Science Fawad Chaudhry, Minister for Water Resources Faisal Vawda and expert Yousaf Baig Mirza will hold daily consultations with regard to the government’s performance and its narrative.

Later talking to the media, Senator Faisal Javed Khan said the prime minister has advised his spokespersons to focus on the issue of the common man.

“What is happening with the PDM is their internal affair and questions about it should be asked from the opposition. The prime minister is not offering them any NRO [deal]. The biggest injustice with the country is that there has not been any rule of law in the past,” he added.

Talking with reference to the people involved in hiking prices of common commodities through speculation, the senator said there was no law to curb the practice. To stop speculations, a law from 1958 has been amended, he said.

He said the price of sugar will go down once new stock of the commodity reaches the market. “The government has decided to monitor the entire process from cultivation of sugarcanes to production of sugar.

The PTI leader said the prime minister has not come into power to multiply his wealth.

“All should be equal in the eyes of the law. The government is also focusing on [improving] the system of justice and accountability.  Inflation will reduce in the coming days. Khan said the prime minister is going to enhance the scope of his food-on-wheel programme – Koi Bhoka Na Soye – this week.