On Saturday, the Pakistan Football Federation (PFF) headquarters was attacked in Lahore, with the FIFA-appointed Normalisation Committee (NC) was not only physically-charged but their possessions were also taken. As a result, the ongoing Women’s Championship taking place in Karachi was cancelled by the committee. 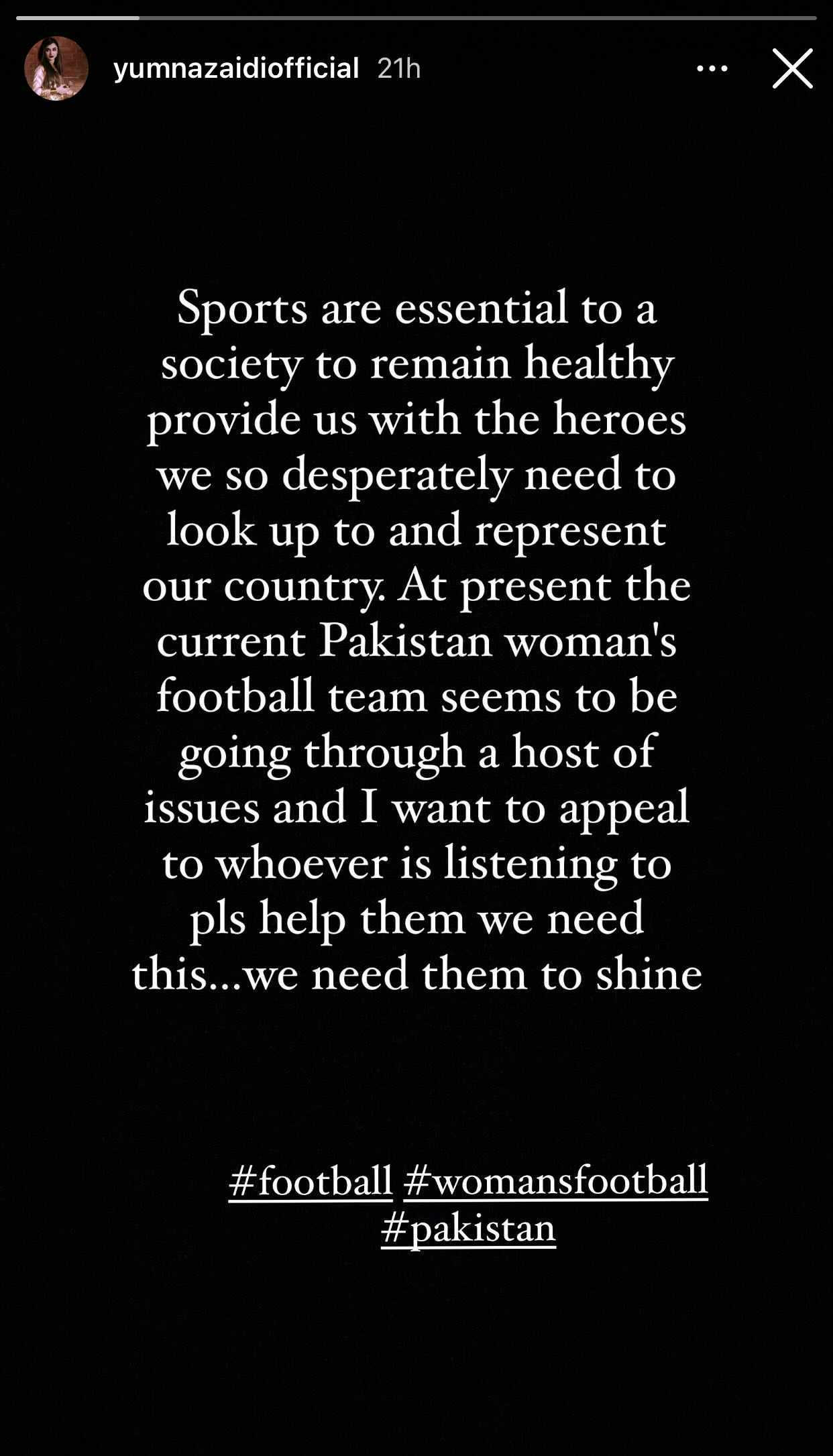 While many sports fanatics expressed their concerns over the future of football in Pakistan, Yumna Zaidi raised her voice for women. The Dil Na Umeed Toh Nahi actor took the matter to Instagram and said, “Sports are essential for a society to remain healthy and provide us with the heroes we so desperately need to look up to and represent our country. At present, the current Pakistan women’s national football team seems to be going through a host of issues and I want to appeal to whoever is listening to please help them. We need this! We need them to shine.”

Had several meetings with the federation and NC. Even wrote to FIFA to send fact finding mission and to hold elections as delay is badly affecting Football in Pakistan #SavePakistanFootball https://t.co/JkdE4U8WqT

In reference to the matter, Federal Minister for Inter Provincial Coordination Fehmida Mirza tweeted, “Had several meetings with the federation and NC. Even wrote to FIFA to send fact-finding mission and to hold elections as delay is badly affecting football in Pakistan #SavePakistanFootball.”

Football aficionados, on the other hand, appreciated Mirza for speaking in favour of saving the platform for many. Captain of the women’s football team Hajra Khan had also penned on Twitter, “Today, we stand our ground and we stand it together! #NoMoreSilence.”

Previously, Zaidi had expressed frustration over the ban on her on-air drama. Talking to BBC Urdu, she had confronted that she doesn’t understand the reason behind issuing the notice and complaints of viewers against a serial which only depicts the reality. The 31-year-old confessed that whenever she
picks up risqué, bold or difficult roles, she does it with the intention of giving back to society.

When social evils aren’t tackled in dramas, they appear in the news: Yumna Zaidi