The military parade was being held in Islamabad to celebrate Pakistan Day on Thursday at Shakarparian parade ground.

The parade was rescheduled to March 25 due to inclement weather and rain forecast. 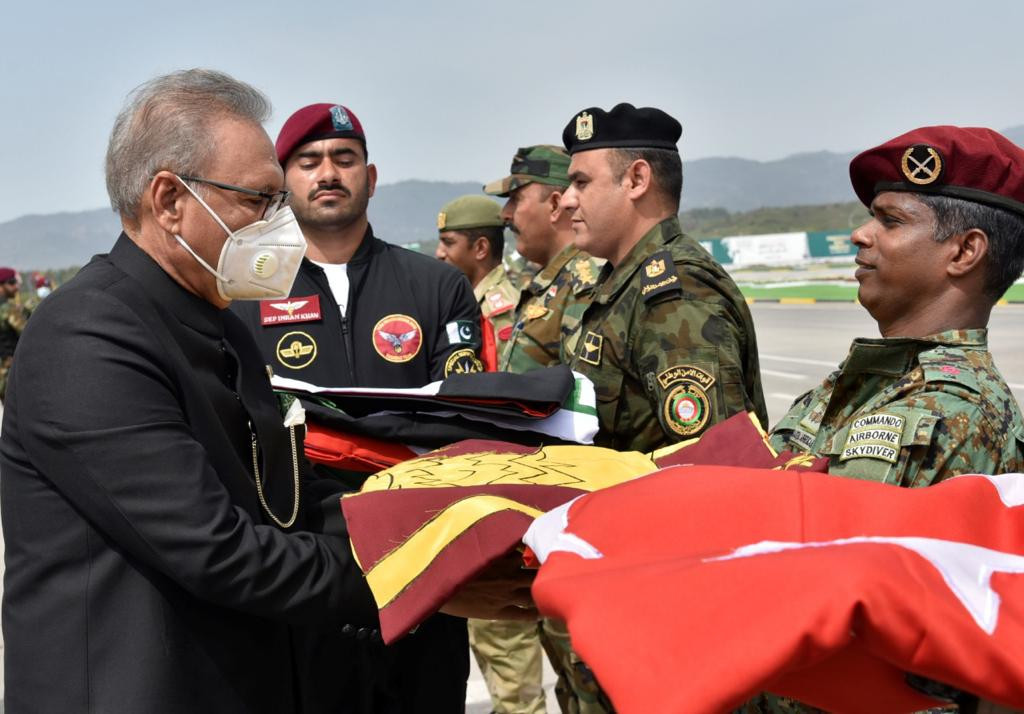 The parade was strictly conducted as per health guidelines. The military contingents and all those who were part of the parade were kept in a special bio bubble. Their move in and out of parade ground was restricted.

The contingents of the three armed forces and other security forces conducted a march past whilst fighter jets presented aerobatic manoeuvres. 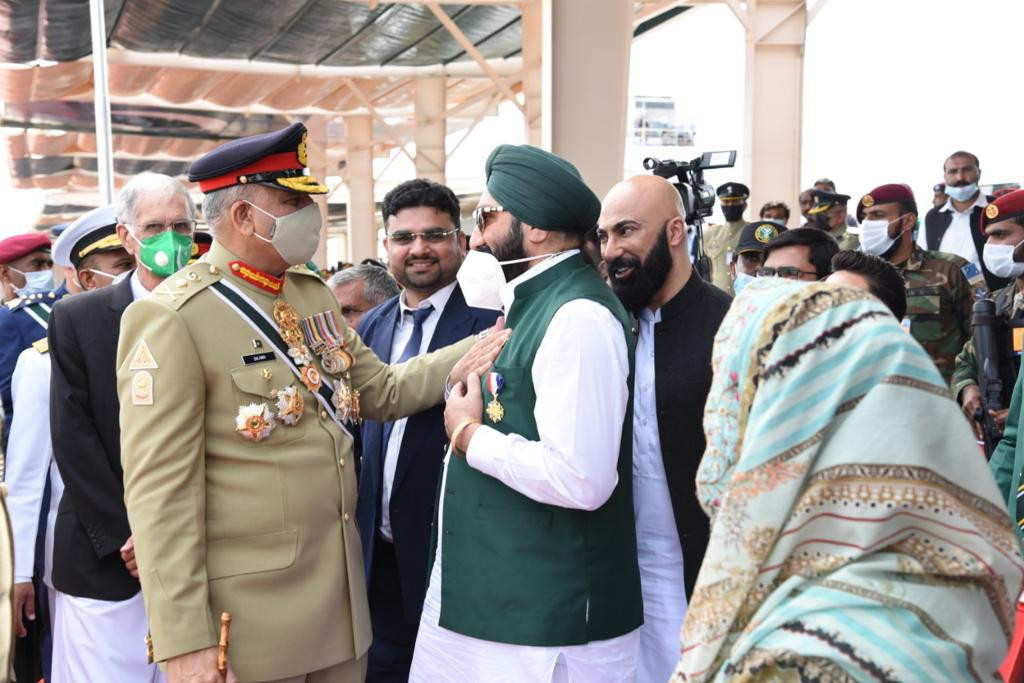 Face masks were provided to all those who witnessed the parade. Temperature guns were used to check symptoms. Hand sanitisers were also provided at entry gates. Social distancing was ensured while placing the chairs. 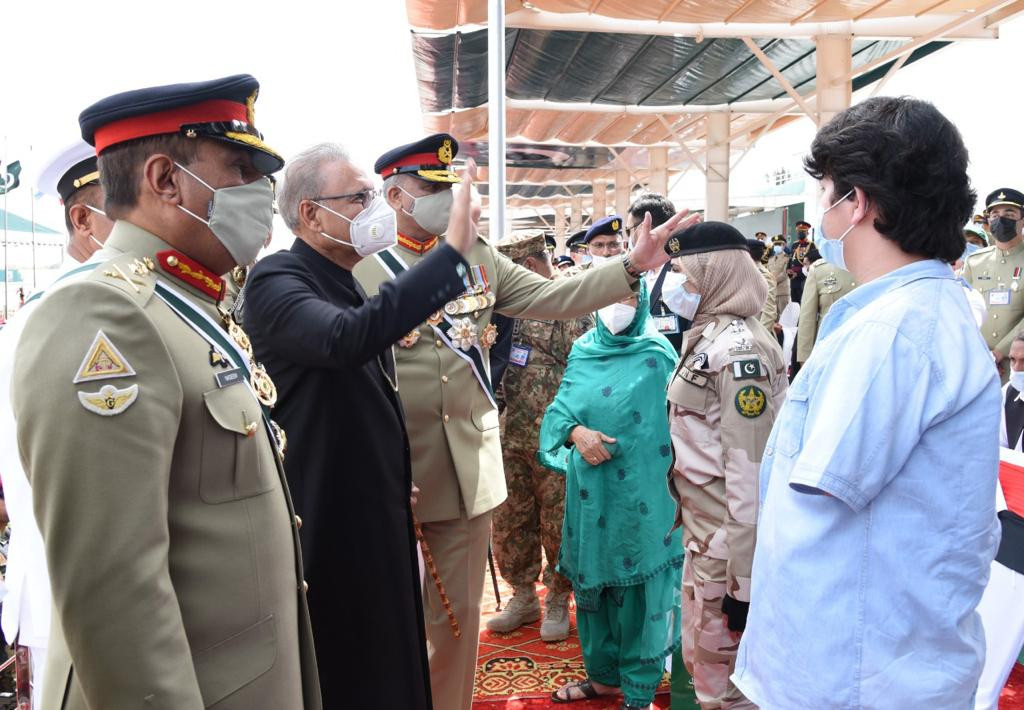 The Pakistan Day Parade this year was not only a showcase of military might but highlighted the Pakistan movement and paid tribute to all those who gave supreme sacrifices for the creation of Pakistan. 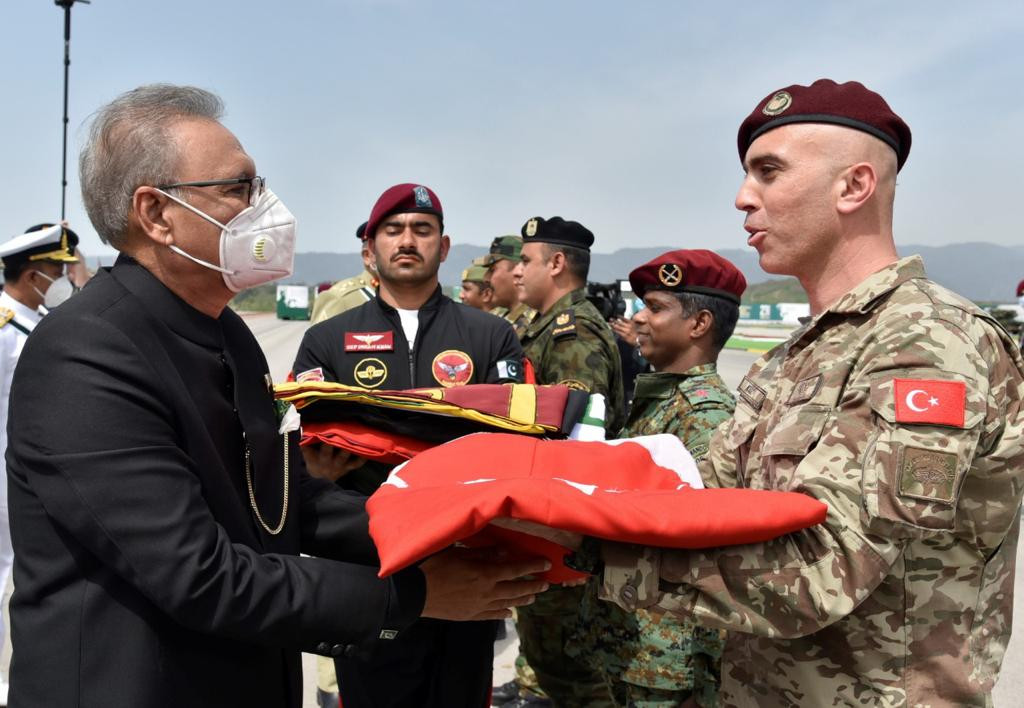 The white of the flag was particularly remembered and mentioned. 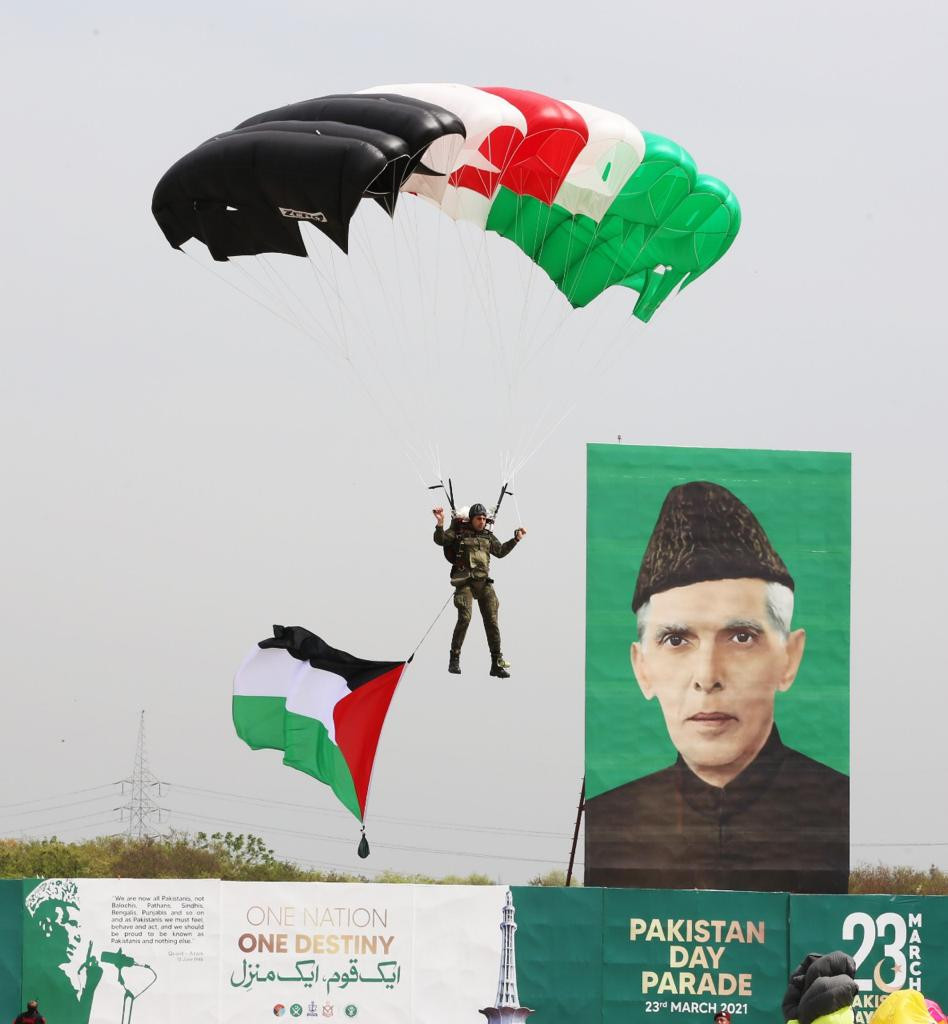 Those civilians who laid life in the war against terrorism like Itezaz Hasan of Hangu were remembered.

Tribute was paid to the youngest pellet gun victims ( 18-month-old ) Hiba Nisar and Asifa Bano of Bakarwal community of Kathoa IIOJK WHO was raped and brutally murdered. 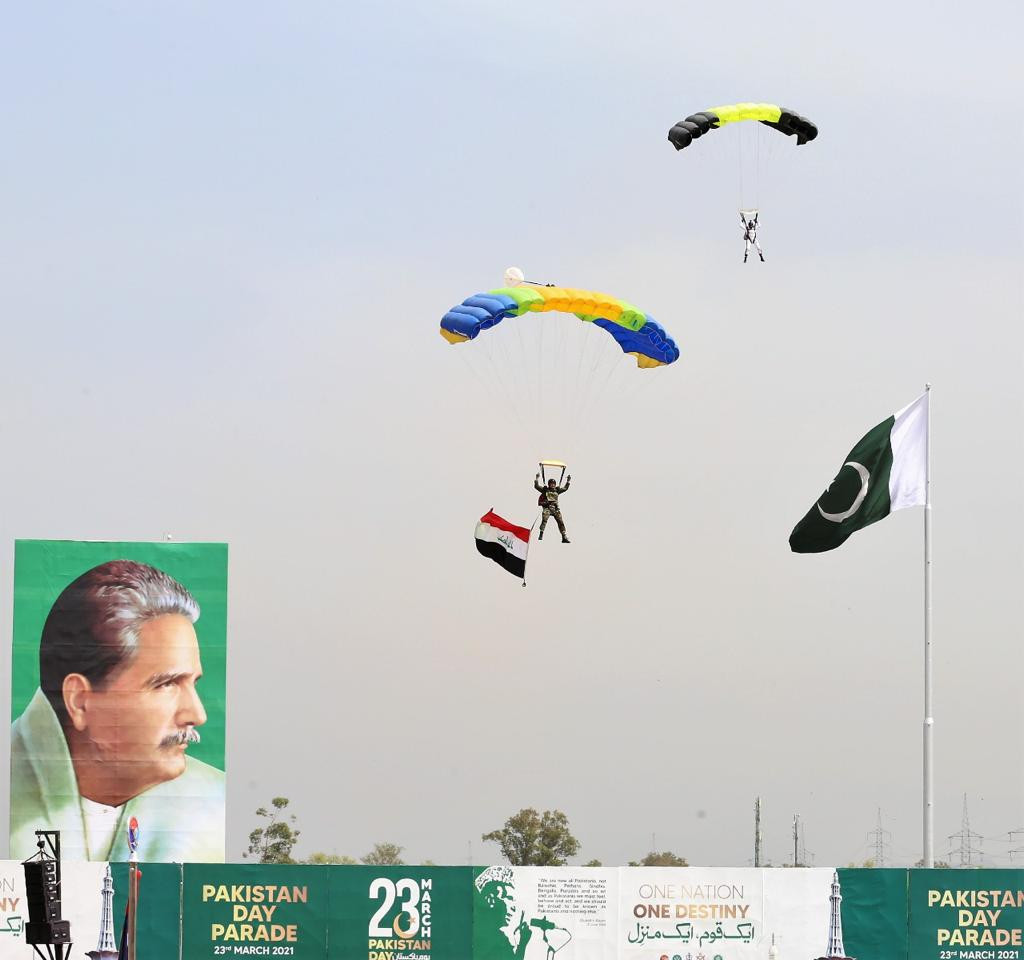 Tribute was also paid to Nawab Siraj Raisani, Haroon BIlour and Shuja Khanzada as a symbol of courage and resolve. One of the highlights was the inclusion of police, rangers, ANF and ASF women officers in the lady contingent.

High achievers at the national level were paid tribute and their efforts were acknowledged. 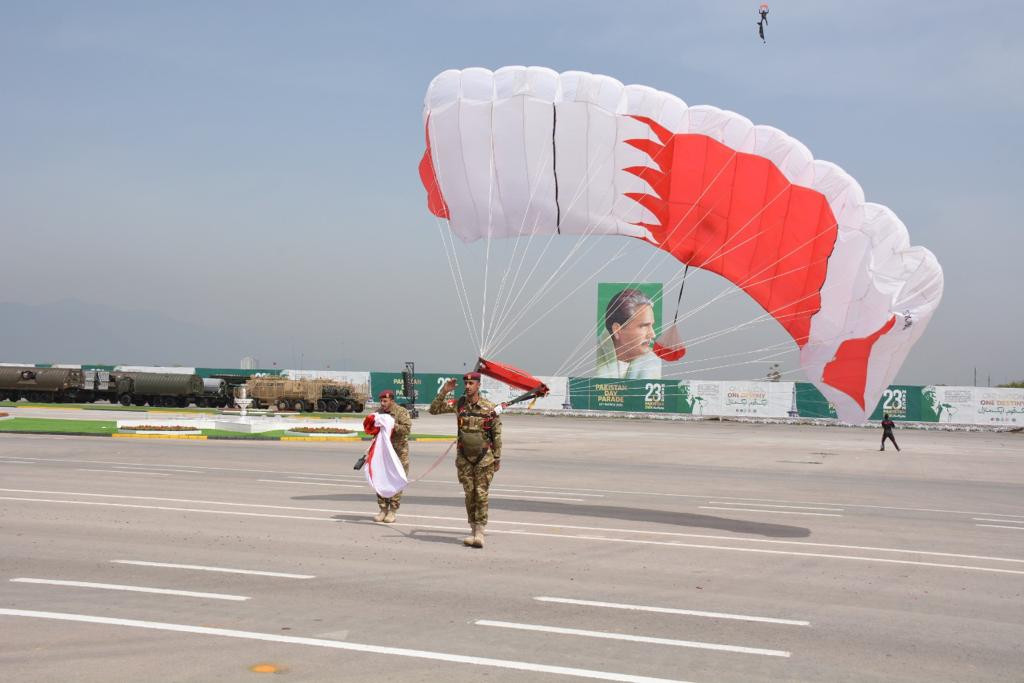 Pride of Pakistan enclosure included people who excelled in their respective fields. A woman in Karachi providing meals for only Rs 3 so none should sleep hungry for 19 years.

The first female member of Bomb Disposal Squad from KP who despite her mother's wishes. 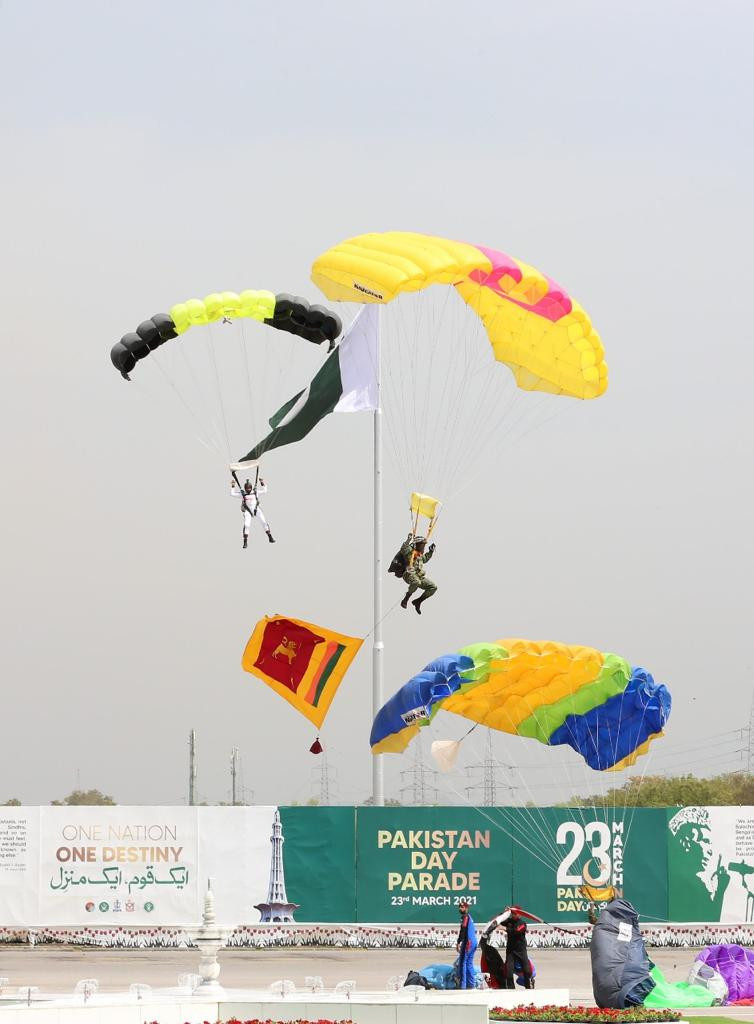 Also in the enclosure was Ali Gohar from Balochistan, who lost both of his arms in an electric shock and was painting with his feet. Nine-year-old Natalia Najam, who made to Guinness book of world record beating an Indian academician while arranging periodic table in the fastest time.

There was also Emanuel Guddo, a photojournalist from Mirpur, Sindh who is showing the beauty of the province through his pictures. Zara Naeem, who secured the first position in ACCA out of 179 countries. Farzana Bibi. who is a victim of polio but is campaigning for polio so that no other child may suffer. 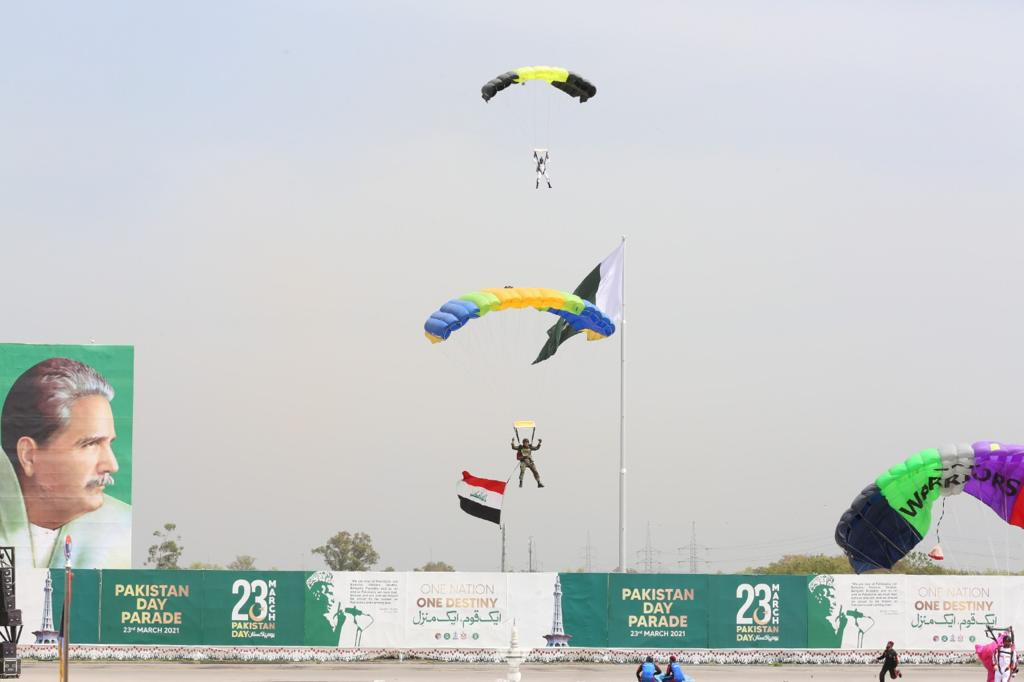 Located at the foothills of Margalla Hills, Shakarparian parade ground is one of the most beautiful parade ground in the world. The ground was specially decorated for the occasion. Digital screens were installed for the first time to show various segments. 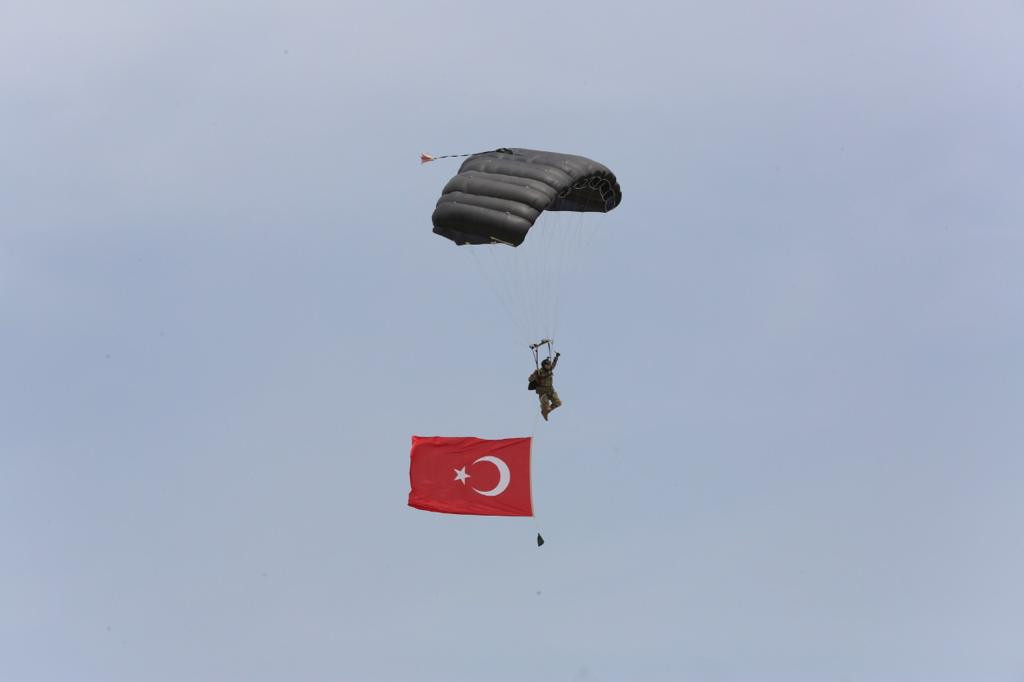 Shehbaz can be sent to prison for 25 years over corruption: Fawad

Money laundering case against Shehbaz is in Lahore, not London: Akbar

NCOC green lights vaccination of children aged 12 and above